Urban logistics: on the road to zero emissions 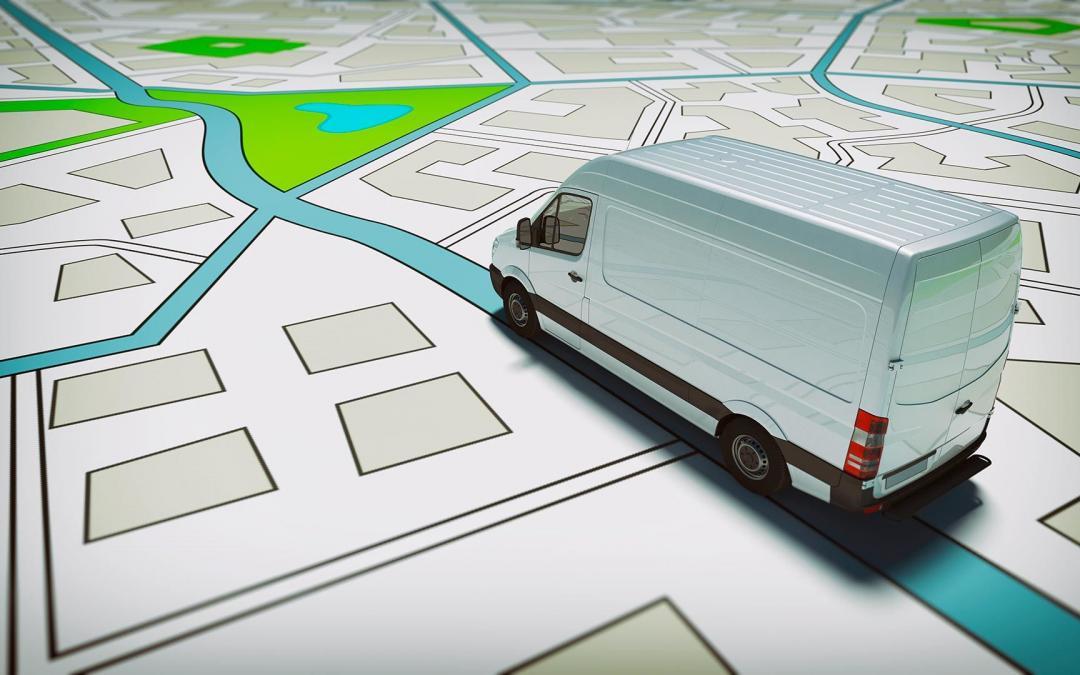 Many European cities are experimenting with their own ways of making urban logistics more sustainable and more user-friendly for residents. Gothenburg, for example, is focusing on consolidating inner-city freight transport, Zurich is examining which trends in the retail sector will impact the city in the future and Utrecht is striving for a completely emission-free centre.

The Netherlands has set an ambitious goal – the country wants to cut greenhouse gas emissions by 49 per cent by the year 2030. To this end, in June 2019, the government put together a climate package that envisages a climate tax that will be levied against industrial companies, the shutdown of all coal-fired power plants by 2030 and a minimum price for CO2 emitted during electricity generation. In fact, beginning in 2025, newly registered buses, delivery vans, light commercial vehicles and trucks will only be permitted to drive in ‘zero-emission zones’ in up to 40 cities in the Netherlands if they are emission-free. This is ambitious, but those behind the initiative are counting on manufacturers to offer more such vehicles and want to create an incentive not to drive large trucks into city centres.

Since 2006, cities in the Netherlands have been allowed to decide for themselves whether to establish green zones as well as their precise restrictions. Major cities such as Utrecht, Rotterdam and Amsterdam have introduced the zones to help reduce the level of nitrogen oxides and particulate matter in the air. The different regulations were sometimes confusing for motorists, however. This is why the government is now striving for better coordination.

Due to its proximity to the ocean, the Netherlands is particularly vulnerable to climate change. This is why many cities are opting to implement their own specific packages of green measures. For example, in Utrecht, the country’s fourth-largest city with a population of around 350,000, postmen and parcel delivery companies use e-bikes and electric vans. Restaurants in the city centre are supplied via electric boats. Refrigerated delivery vans park in special parking lots with a mains supply and then restaurant employees pick up the goods from here using cargo bicycles. Furthermore, the city operates the largest multistorey bike park in the world, with space for some 12,500 cycles – and parking is completely free for the first 24 hours.
Utrecht’s idyllic canals are also used to transport cargo throughout the city – electric boats travel quietly and emission-free to restaurants to supply them with goods.
‘Our focus in the Netherlands is on electromobility,’ says Pex Langenberg, embassy counsellor for infrastructure and water management of the Netherlands in Berlin. The state subsidises the purchase of new, electrically driven vans and trucks by paying 40 per cent of the difference in cost compared to conventional models. ‘We also have an extremely large number of charging stations in the Netherlands,’ says Langenberg. Utrecht has already installed almost 500 charging points, and the number is expected to double by 2020. ‘When it comes to hydrogen, we still have to catch up – we have just five filling stations so far, much fewer than in Germany. But we are also keeping an eye on innovative biofuels.’

A change of perspective in Sweden

‘Why do we view freight and urban logistics primarily as a traffic problem?’ asks Malin Andersson, head of development and international affairs at the Gothenburg city transport authority. ‘I think we need to change that perspective – and we need to do it together.’ She is convinced that the smooth and sustainable delivery of goods in cities is the basis for a prosperous and vibrant city life and thus for an appealing city.

Gothenburg, Sweden’s second largest city, is an important transport hub in the north and is currently implementing Scandinavia’s largest urban development project, RiverCity. It is being built on the banks of the Göta älv River, which flows right through Gothenburg. Five-million square metres of land will be developed directly on the waterfront, where people will be able to live and work in an integrative, green and dynamic environment – with better access to renewable energies, efficient public transport and interconnected paths for pedestrians and cyclists. ‘We need to develop concrete solutions to combine a larger and denser city with even more sustainable mobility options over the long term, while still ensuring we have an efficient system for transporting people and goods in the short term,’ says Andersson. ‘And this against the backdrop that a significant number of building sites will be required for RiverCity.’

Back in 2013, Gothenburg introduced a congestion charge to reduce the burden on the public transport system and co-finance major infrastructure projects. After its introduction, traffic levels quickly fell by ten per cent. ‘The city and the region have grown over the past six years, but thanks to the congestion charge, traffic jams and the number of cars have not increased. This is good for both commuters and hauliers,’ explains Malin Andersson. In addition, the city has implemented a consolidation concept for the smart delivery of goods in the city centre that combines deliveries for 500 shops and companies. Around 800 parcels a day will be delivered using small, fully electric vehicles. This drastically reduces the traffic in commercial areas and clears once overcrowded streets for pedestrians and cyclists.
After introducing a congestion charge, traffic levels in Gothenburg quickly fell by ten per cent
‘This system has significantly improved the attractiveness of public areas in Gothenburg,’ Andersson is convinced. ‘The congested, unsafe and unattractive streets in the city centre have become a pleasant, competitive and safe space.’ This is a process that the public sector cannot implement alone, he added, but only in cooperation with partners. Andersson believes that the future of deliveries in the city will be electric – and therefore quiet. ‘With autonomous vehicles, you can transport goods at night, controlled by geofencing systems. Then actual delivery during the day is handled by small electric vehicles and cargo bikes.’

The Sihlbogen in Zurich is the largest low-car housing estate in Switzerland. Anyone who wants to live there must agree to live without their own car. The agreement to do without a parking space is strict – but it enables and ensures a high quality of life. The city implements many measures to improve the life of its citizens. In order to determine which changes in the retail sector will have an effect in the future and how they could change Zurich, the city has commissioned the Berlin-based planning office Urban Catalyst to investigate the impact of such trends on the retail sector. The study entitled The Changing Face of Retail focused on three developments: digitisation, shifting values in retail and customer centricity. ‘We analysed the impact of these trends on urban neighbourhoods,’ explains Dr Cordelia Polinna, managing partner of Urban Catalyst. ‘Today, the public sphere is where commerce takes place. If you want to support it as a city, you don’t have that many options – you can’t directly subsidise retailers. But you can make streets and squares attractive and thus make them a place that people enjoy spending time so that commerce can continue to flourish there.’ 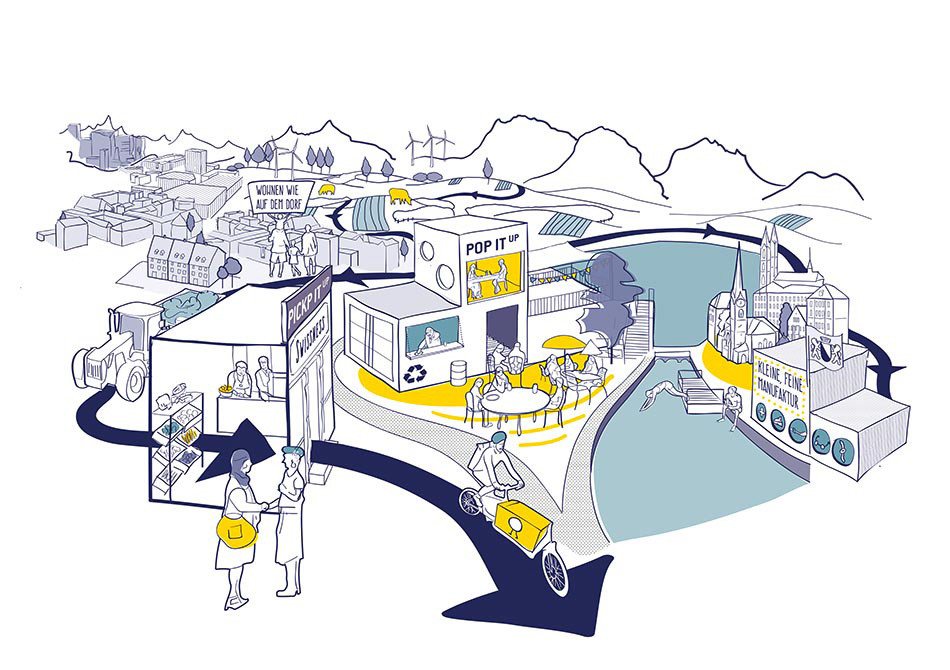 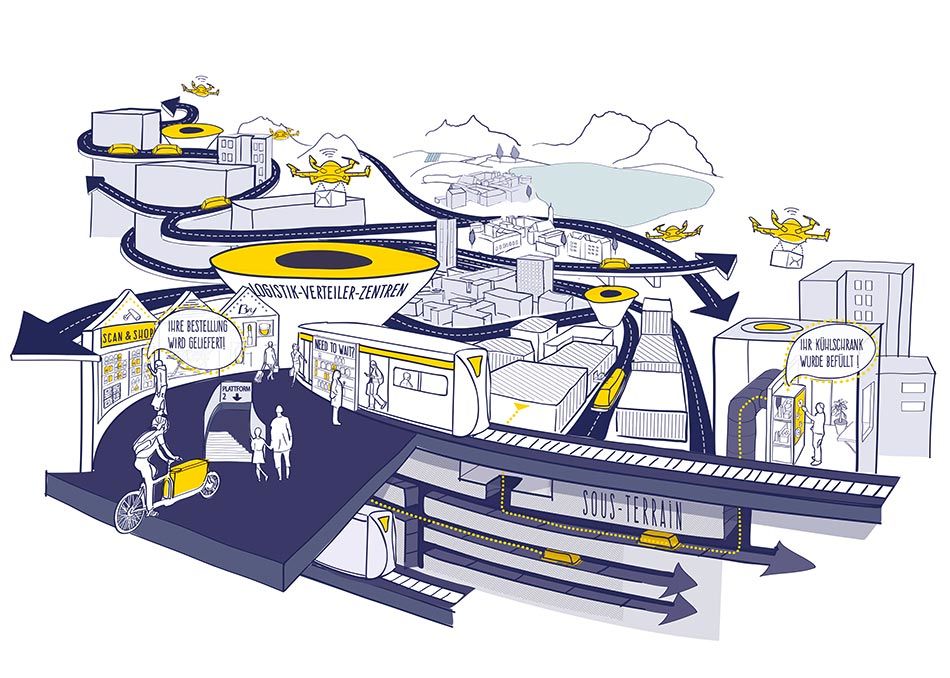 From pop-up stores to major logistics and mobility hubs – there are a wide range of development opportunities for the retail sector in urban areas.

From ‘back to the roots’ to ‘brutally digital’

The experts from Berlin came up with several scenarios as to where these trends could lead the retail sector and what this could mean for the city, its residents and delivery traffic. These range from the ‘back to the roots’ model, which is very much oriented towards sustainability, to the ‘digital paradise’, in which retail is mainly carried out online, to the ‘brutally digital’ model, in which the entire structure of the city centre dissolves – in favour of a completely digital world. In the latter scenario, for example, logistics and mobility hubs would gain enormous importance as distribution centres and also require a lot of space. The urban environment, on the other hand, would be dominated by vacant shop premises. ‘All this is completely exaggerated, but that was also the purpose,’ says Polinna. ‘It was a thought experiment to inspire ideas.’ Above all, Zurich’s city planning office wanted to know what the public sector could do to address these developments, react to them and strengthen the city for the challenges it faces. The city planners further studied the matter together with the entire urban region and now want to implement the recommended measures developed as a result, which include, among other things, setting up pick-up stations in city properties as a new logistics solution at the interface between e-commerce and delivery traffic. 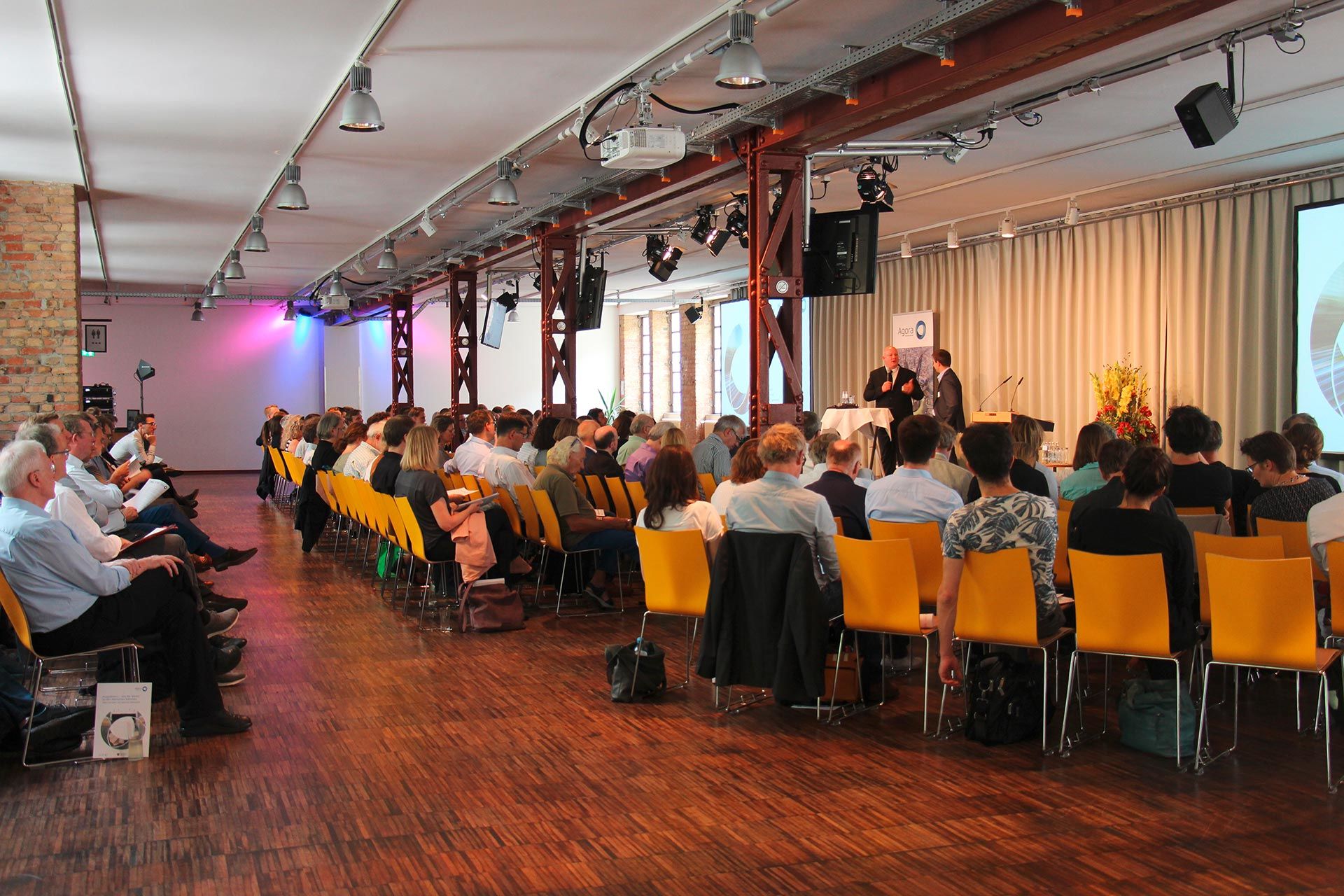 The experts quoted in this article spoke at the Deliverance?! The future of urban freight transport event organised by Agora Verkehrswende. Agora Verkehrswende is a think tank that wants to promote the transition to a sustainable, climate-friendly transport system. It is an initiative of the Stiftung Mercator foundation and the European Climate Foundation.

Wine logistics: fruits of the vine in the best of hands

‘We need an Elon Musk of long-haul logistics’ 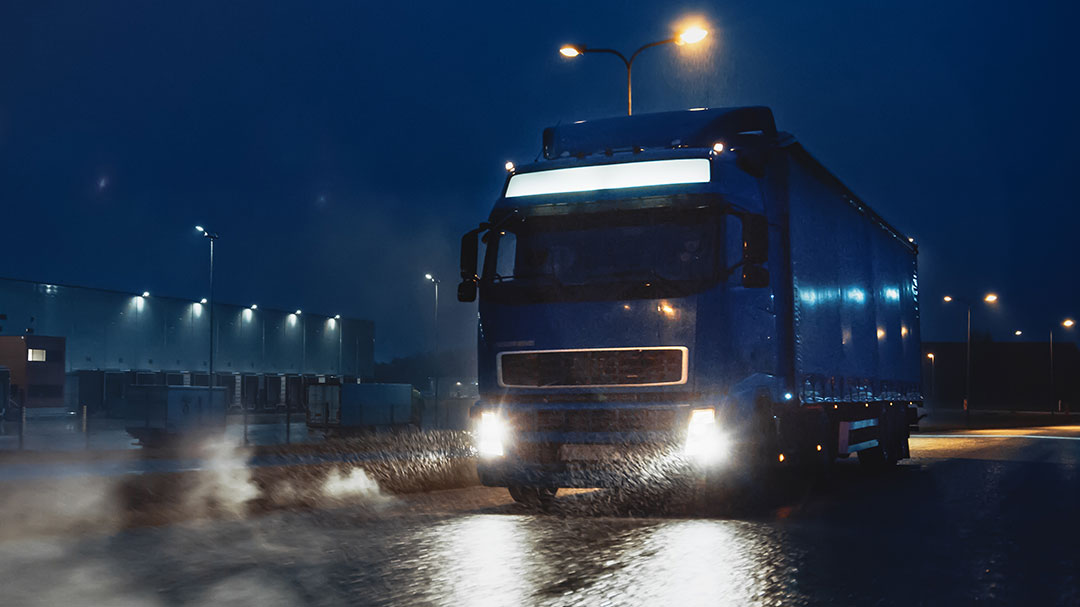 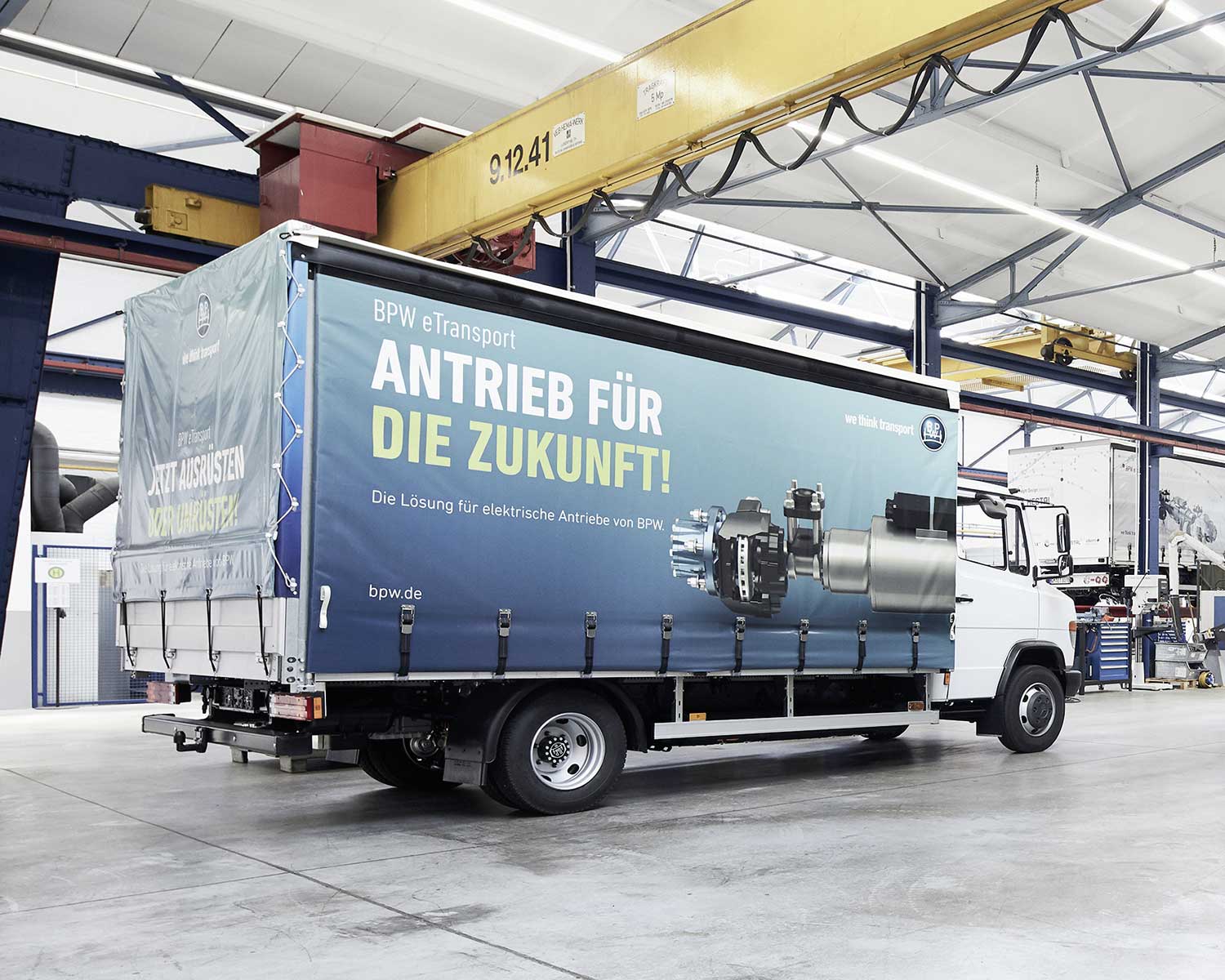