Simo Rahtu is working on a semi-trailer. The pressure’s on because the vehicle has to be ready for the customer to use again the next morning. When Rahtu finds that he needs more spares, there’s no panic. That’s because the mechanic at TIP Trailer Services in Kerava, 35 kilometres north of Helsinki, knows they’re outside on the workshop forecourt or, more precisely, in a container there. Trailcon, part of the BPW Aftermarket Group, has set up a smart, mobile spare parts store in a container dubbed a Trailcont.

Using an electronic access card, Rahtu opens the container. Outside, the harsh Finnish winter has driven the thermometer down to minus twelve degrees Celsius, inside it’s light and warm. The container consists of a number of rooms. The first contains a packing table and a computer screen, while two radar scanners are mounted on the walls above. The way to the rear of the container is barred by two grilles, though these are quickly slid to one side. Behind them is an aisle with racking on both sides containing spare parts of every kind.

Rahtu is familiar with the system, so selects the parts he needs and places them on the table. Then he closes the grilles – which automatically triggers scanning of the goods. A list of all the part numbers appears on the computer screen. After quickly checking whether everything is correct, the mechanic confirms this by tapping the touchscreen. He then goes back into the workshop to continue repairing the trailer.

Trailcon developed the mobile spare parts store in 2012 as a supplementary facility for selected customers, as Hans-Peter Kraatz explains, “Our aim was to introduce a unique concept which would differentiate us from all other spare parts suppliers and could not easily be copied. I put together a four-strong team to manage this project. The container was developed right here in our yard within six months.”

The innovation has a wealth of features to take account of practical requirements. The ceiling, floor and walls are thoroughly insulated, while an air-conditioning system prevents damp, and maintains the desired temperature for the time of year. The container is under CCTV surveillance, and a fire alarm system is in place. Interior lighting is managed by motion sensors, and access to the container is electronically controlled – with every user having a dedicated access card. 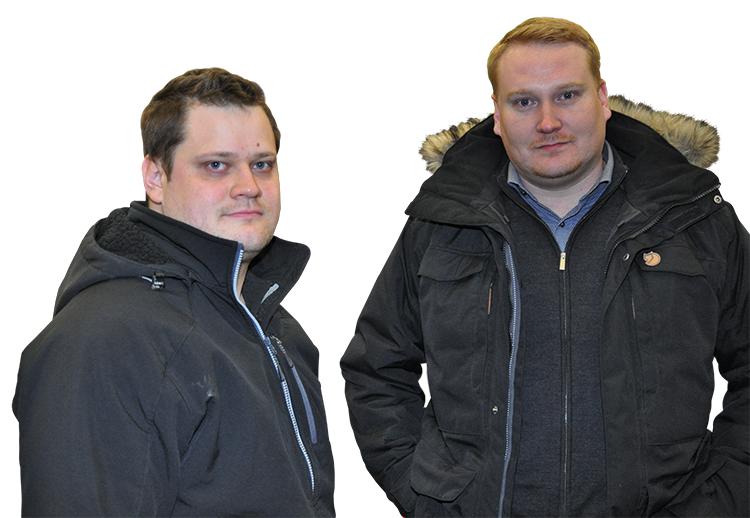 Joonas Kraatz (right), Trailcon’s CEO, and Otso Makkonen, TIP’s workshop manager in Kerava, at the entrance to the spare parts container. Every part has its own, labelled location in the racking system.

All the items stocked into a Trailcont are labelled with an RFID sticker. Trailcon generates these with a special printer. “If the radar scanners are activated, they communicate with the RFID elements in the sticker,” says Kraatz. “The computer system logs the response. This means that the parts do not have to be scanned individually. In less than a second, the system logs all the incoming and outgoing goods, and updates the master records in real time.”

If the system detects outgoing goods, it automatically sends a replenishment order to Trailcon and an order confirmation and invoice to the customer. The Trailcon employees pack the relevant spare parts and make certain that the container racks are replenished the next morning.

“The RFID label assigns each spare part a discrete identity,” says Joonas Kraatz, who has been the CEO of Trailcon since 2016 and represents the fourth generation in this family business. “The technology opens up a lot of options.” Thanks to the RFID labels, the customers can use the “first-in, first-out” principle. It’s also easy to determine how old a product is – which can be very important with chemicals, such as greases, in particular. “In a traditional spare parts store, counting the parts can take a long time,” says Joonas Kraatz. “Because all incomings and outgoings to and from our container are scanned and logged in the computer system, users have a totally clear picture of the stock levels at any time. That allows inventories to be performed very quickly.”

The first spare parts container was set up on a customer’s premises in 2013. Trailcon now operates 18 containers right across Finland. Before a Trailcont is installed, a precise analysis is conducted to determine the workshops’ spare parts requirements. Eight hundred different lines are available, from which a tailored product portfolio can be put together. A container offers space for 1,300 to 2,000 spare parts. Most of the containers are used by workshops. In some locations, a number of workshops have come together to share a Trailcont. If demand exceeds the container capacity, it’s a straightforward matter to position several units adjacent to, or stacked on top of each other. “The concept has proved very successful in practice, and the feedback from our customers is extremely positive,” reports Hans-Peter Kraatz. “Both the technical solutions in the containers and the computer system are working perfectly.” 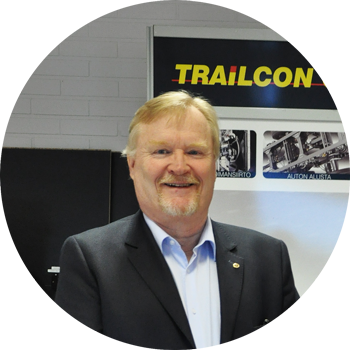 »The target group for the Trailcont concept is large transport companies with their own workshop and commercial vehicle garages that need spare parts around the clock throughout the year.«

At TIP Trailer Services, 14 mechanics work in two shifts from 7am until 8pm. According to workshop manager Otso Makkonen, “Trailcont enabled us to cut the number of supervisor posts and hire more mechanics. In addition, we’re now able to make better use of the space in our workshop because we need less storage space.” The only costs to the workshop arising from the container are for electricity.

Trailcon has applied for a patent for the Trailcont container solution. All the spare parts dealers in the BPW Aftermarket Group can offer the mobile spare parts store.

The idea that has been tried and tested in Finland also arrived in Germany in 2018: the upBox is an intelligent spare parts warehouse that commercial vehicle garages can position on their sites. The robust 40-foot container is fully fitted out with shelving, air conditioning, video surveillance and digital radio and security systems. The assortment of spare parts is put together to suit individual needs. Up to 2,000 parts are then available around the clock, right outside the garage’s door. Every part in the upBox also has an RFID tag. When a part is taken out, the box registers this automatically in a contactless process – the system records all incoming and outgoing parts, updates the inventory data in real time and takes care of automatic billing and reordering.

‘The upBox makes our customers’ day-to-day work much easier,’ explains Ralf Maurer, Managing Director of BPW Aftermarket Group Deutschland GmbH. ‘The technology and the data processing systems are already tried and tested after several years of use in Finland. We are delighted to now be introducing this innovation to other countries and are certain that the garages there will be just as enthusiastic about this innovation as the ones in Scandinavia.’

upBox: the intelligent spare parts warehouse for garage sites
To continue supporting commercial vehicle garages and hauliers to repair and maintain their vehicles quickly, safely, efficiently and cost-effectively in future, the BPW Aftermarket Group is expanding its network in Europe even further. From April 2019, the branches of the spare parts dealers BESKO Nutzfahrzeugteile GmbH, HERZ Nutzfahrzeugteile GmbH and NTV-Nutzfahrzeugteile Oesterhaus KG will be gradually merged. In future, all 15 subsidiaries will operate under the BESKO name. ‘We are driven by an absolute focus on the customers and their needs,’ says Malte Köttgen, who has taken over the management of BESKO in Germany. ‘To guarantee high uptime for vehicle fleets, our spare parts dealers supply products to their customers quickly and with absolute reliability.’

Trailcon was set up in 1998 by Hans-Peter Kraatz. He also heads up BPW Kraatz Finance Oy in Espoo. His grandfather, Henry Kraatz, had established the forerunner of this company in 1922 as an import/export agency. In 1938 Kraatz concluded a supply contract with BPW, and in 1985 the company became a subsidiary of Bergische Achsen KG. In the 1950s, Finnish companies started to build truck trailers, and business really took off around 20 years later. Hans-Peter Kraatz sold axles and soon expanded his range to include more and more components and spares. He shares his enthusiasm for the aftermarket with his son, Joonas Kraatz. The father launched Trailcon to create greater customer proximity and provide an even better service. 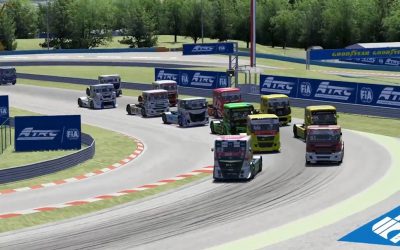 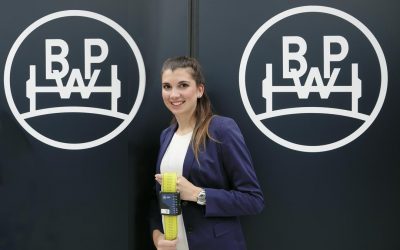 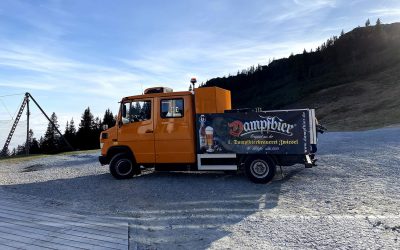 "The E-axle is a real powerhouse"