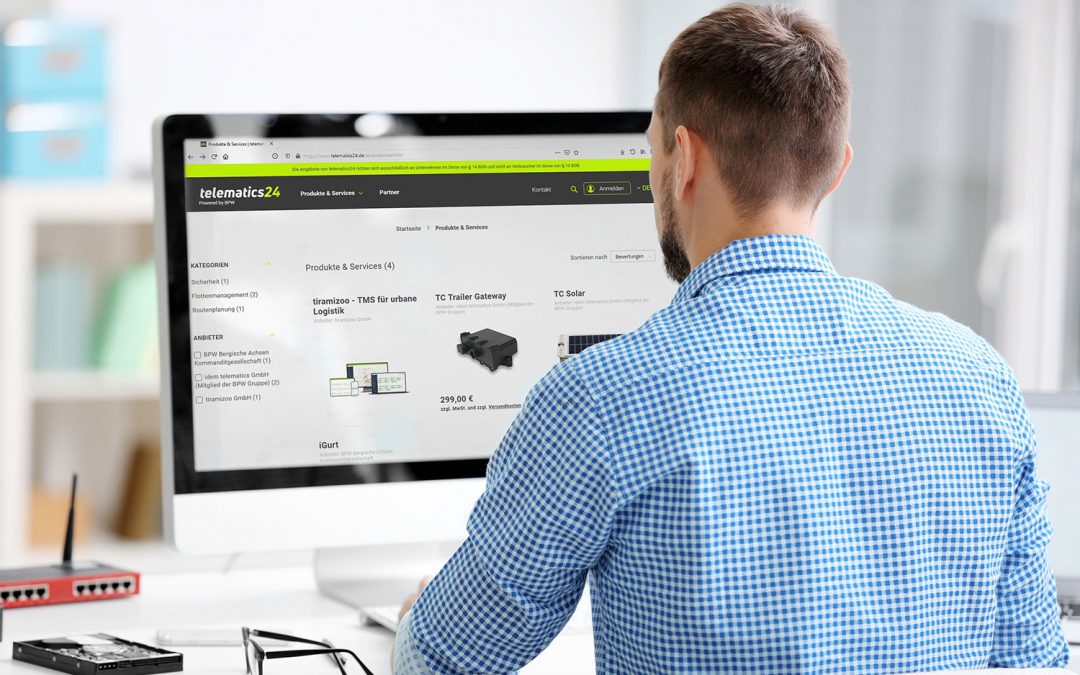 Purchasing telematics hardware and software from different manufacturers on one portal: This is now possible with the new online marketplace telematics24.de. One of the leading tech partners is the IT service provider tiramizoo. Its transport management system for urban logistics enables highly efficient inner-city logistics processes.

What is the most efficient way of getting goods to the recipient over the last mile? The Munich-based software provider tiramizoo has developed a transport management system for urban logistics that solves this task: With the help of a self-learning AI algorithm, the platform enables completely optimised logistics processes. “Logisticians can thus save up to 30 percent in costs, reduce their CO2 emissions and digitalise processes,” explains Martin Sträb, CEO of tiramizoo. “For local authorities, our platform offers the opportunity to manage traffic flows intelligently and dynamically in order to improve the quality of life of their citizens and to integrate new traffic concepts such as autonomous vehicles. ” The IT modules from tiramizoo can be elegantly and easily integrated into already installed transport management systems – just like telematics systems. The company has therefore decided to distribute the solution via the online platform telematics24 initiated by BPW Bergische Achsen. In addition to BPW itself, the subsidiary idem telematics, Europe’s leading telematics partner, is also represented on this cross-brand marketplace for telematics products and services. Through telematics24, freight forwarders and vehicle manufacturers can learn about the product diversity of the represented suppliers and access them quickly and easily.

Transformation to a software provider

This is a real success story for tiramizoo: Over the past two years, the company has transformed itself from a courier platform to a provider of cloud-based “software as a service” solutions and offers its IT products to drivers and fleet operators. When it was founded in 2010, tiramizoo wanted to digitalise inner-city courier traffic: “We started with an internet platform where orders could be placed and an app to communicate with drivers. It was intended to replace the walkie-talkies,” says Martin Sträb. Initially, the customers were mainly chain stores such as Conrad, Cyberport or Media-Markt. Their web shops were connected to tiramizoo-IT via an interface. End customers who ordered a notebook, for example, were then offered to have it delivered to their home the same day. If a customer accepted this offer, this information was sent to tiramizoo, where a suitable courier was found immediately. “We had built the necessary software for this process in previous years”, explains Sträb, “It includes all functionalities for inner-city traffic, especially route planning specialised in urban logistics”. Among other things, this takes into account individual service times for each recipient, whether the driver is travelling by cargo bike, van or truck, whether there are one-way streets on the route, on which floor the recipient is to be found and, finally, what the current traffic situation is like: “The entire platform is designed exclusively for the last mile. “ 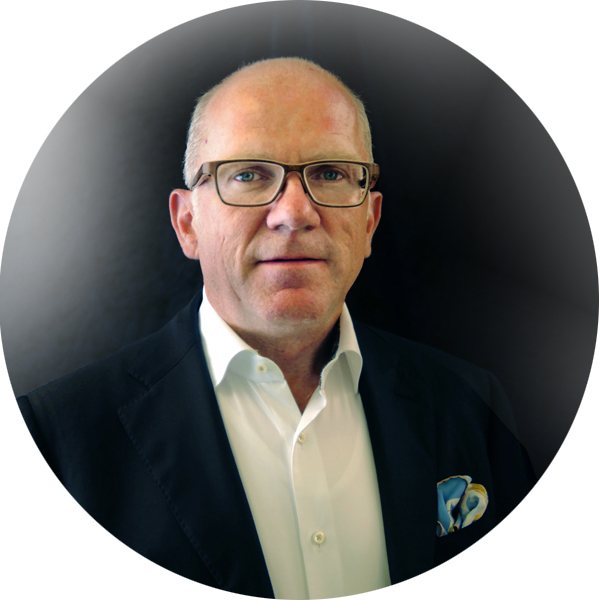 »Our platform serves everyone from lone fighters to large freight forwarders on the last mile.«

In recent years there have been repeated requests from the market to use tiramizoo as an independent – “stand-alone” – solution. Last but not least, in 2016 Shell was convinced to use the tiramizoo know-how to optimise the stocking of its petrol station shops in Manila in the Philippines. “At the end of 2018 we decided to transform tiramizoo into a software and tech platform provider so that shippers and logistics companies with their own fleet can also benefit from our know-how,” explains Martin Sträb. This meant that a coherent IT architecture had to be modularised: “Our ‘Software as a Service’ platform solves every conceivable constellation of requirements in urban delivery traffic, especially on the last mile. We give our customers the possibility to use individual modules, such as route optimisation, or to control the complete platform with all modules independently. ” For this, tiramizoo was awarded the “Oscar” of the postal and CEP industry in June 2020: the World Post & Parcel Award in the category “Innovation”.

Awarded software: The transport management system from tiramizoo is specialised in urban logistics.

Enormous relief for the distribution

“Our platform serves all players on the last mile, from the lone fighter to the big freight forwarder,” says Sträb. This is why the decision to cooperate with BPW via telematics24 was a conscious one: “Above all, we hope to attract attention in the classic freight forwarding industry with such a strong partner. Up to now, it has been very difficult for us to address such customers. And there was no portal like telematics24 – a platform where customers could easily reach us. “As with many smaller software companies, tiramizoo’s sales resources are also limited: “We have our sales people in the field, and they naturally have to concentrate on a large number of customers in B2B business. In order to be able to reach a higher number of customers in the same time frame, we were therefore looking for a way to support the market with an automated process. Many customers usually do not want to do extensive communication, but want a simple product that they can download and pay with PayPal or credit card”. 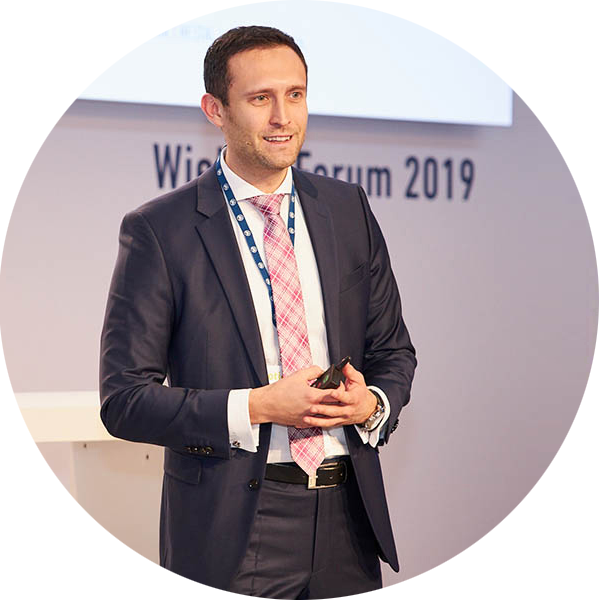 »telematics24 is a platform that enables all innovative companies to distribute their digital products quickly and easily.«

This is exactly one of the advantages of telematics24. “telematics24 is a platform that enables all innovative companies to distribute their digital products quickly and easily. In particular, companies such as tiramizoo with rather lean sales profit from the platform’s reach and can place their products with smaller freight forwarders,” explains Roman Rapoport, CIO at BPW. In addition, they do not have to operate their own online store, thus saving costs for its construction, marketing and operation. At the same time, online sales has the fundamental advantage that it requires hardly any personnel resources. “In addition, the partners of our portal are offered various cooperation possibilities,” says Rapoport.

As pioneers at the start

The telematics marketplace telematics24 is still young, tiramizoo is one of the first external partners. “We are very pleased to be able to participate as pioneers in the launch. We are excited about the development it will take and see a lot of potential, for example for selling our products in other countries”, says Martin Sträb. Above all, tiramizoo hopes that the cooperation will attract more attention and new customers – and lower the costs of acquiring them. “With a growing number of companies joining, the platform’s ecosystem will quickly revitalise and offer users an exciting variety: If someone is looking for hardware, they will also come across our route planning.“
Jens Zeller, managing director of idem telematics, sees telematics24 as the ideal platform for the sale of basic hardware or repeat orders from existing customers.

In addition to the software from tiramizoo, hardware from idem telematics can also be ordered on the platform: The basic module is easily installed and put into operation via a simple plug and play installation. “As soon as telematics is supposed to do more than locating and recording simple technical data of vehicles, it is often a quite individualised and thus consultation-intensive product”, explains Jens Zeller, managing director of idem telematics. “On the other hand, a platform like telematics24 is ideally suited for initial contact, the sale of basic hardware or repeat orders from existing customers”. idem telematics was involved in the design of the portal and sees it as a good addition to its existing communication channels with customers: “We not only digitalise our customers’ processes but also ourselves as a company continuously, especially when it comes to topics such as the ordering process – telematics24 can support us very well in this respect”, says Zeller. “Last but not least, the shop also stands for easier access to telematics. Telematics is in increasing demand in the course of digitalisation, as the use of this technology is a basic requirement in the age of Industry 4.0 and Transport 4.0.
Click to rate this post!
[Total: 2 Average: 5]

“We are ready for any kind of diversification” 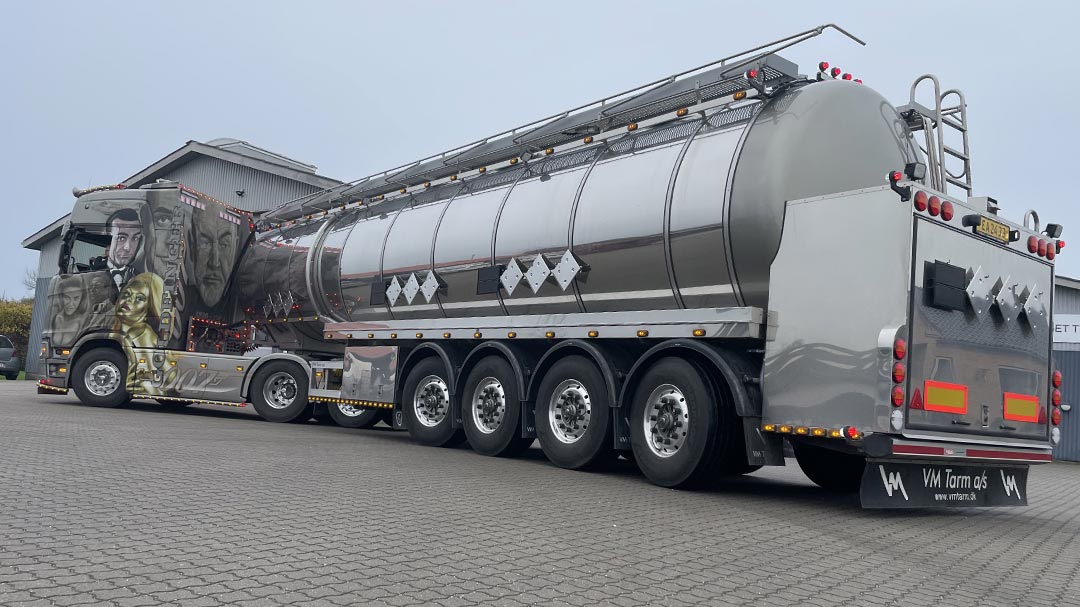 It's all a matter of pressure 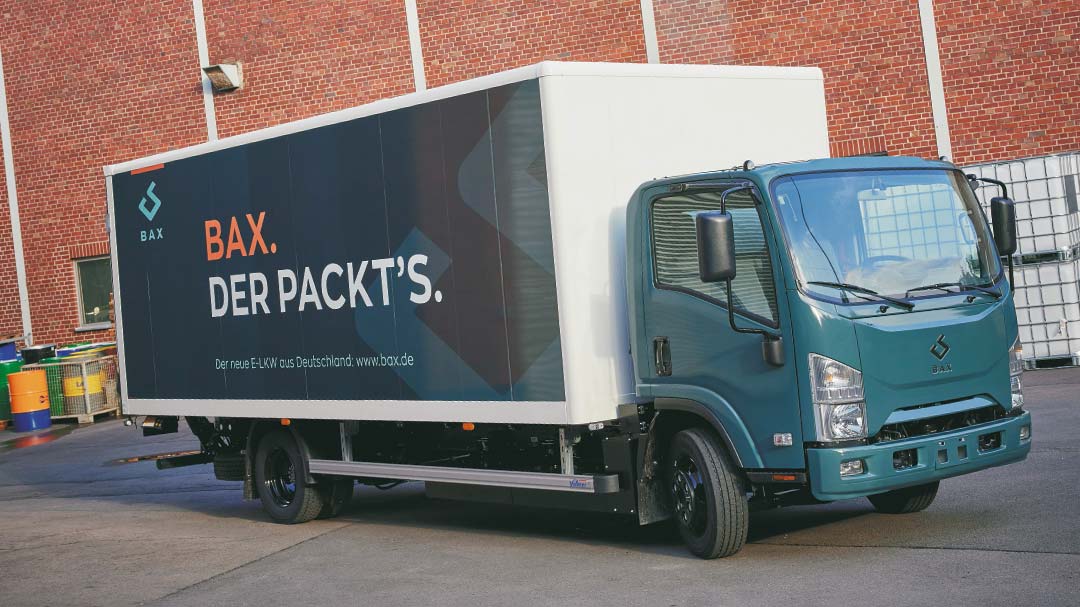 How quiet is the BAX e-truck? 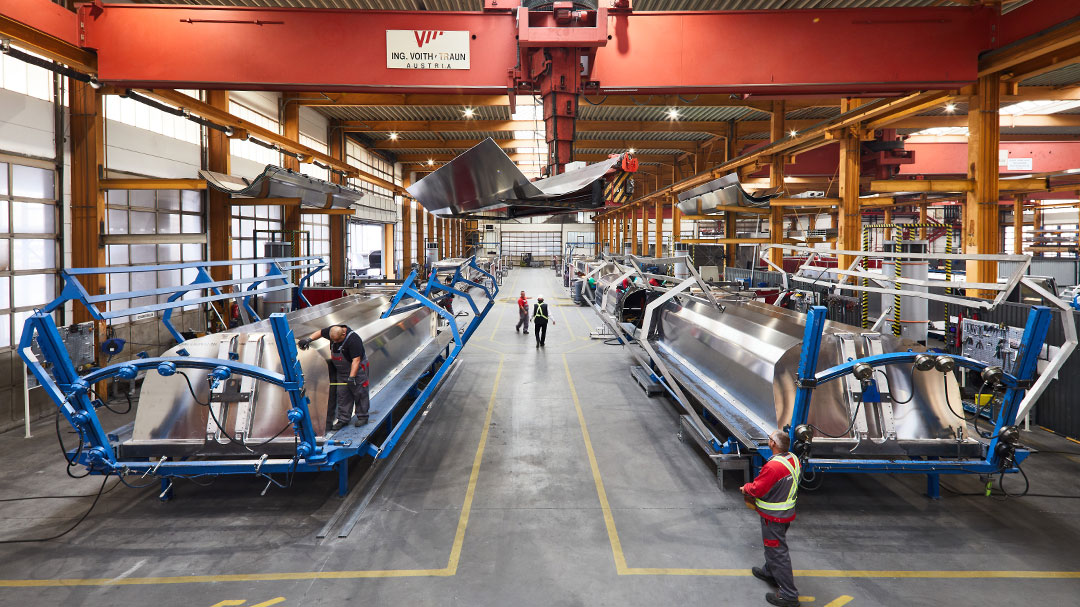 Telematics as a super tool