Millions in the making 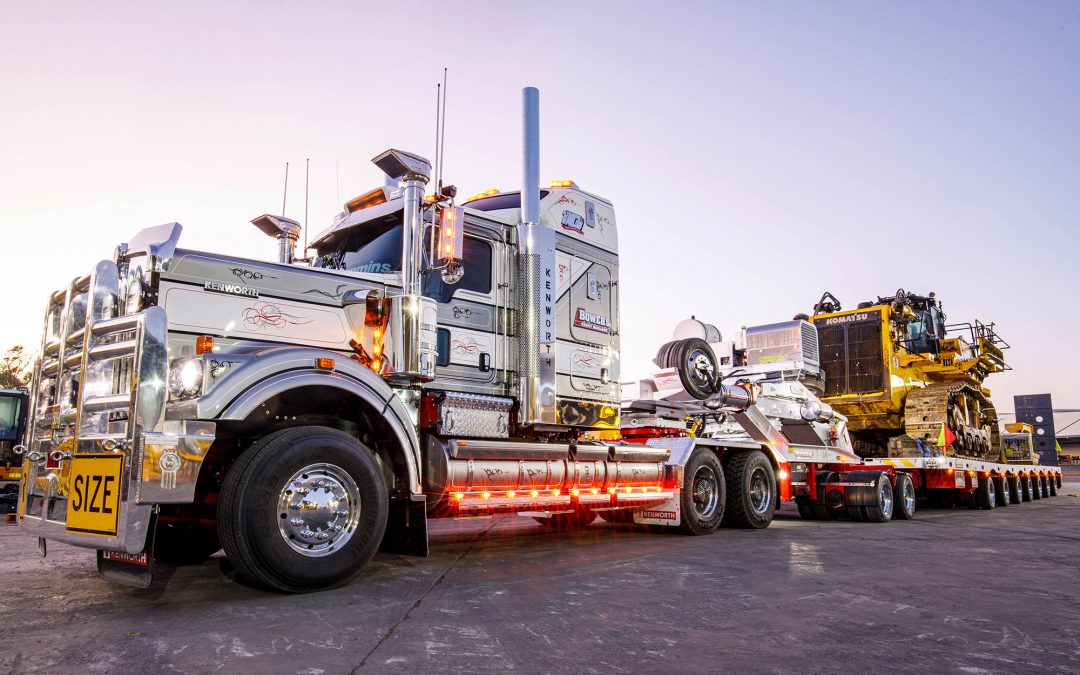 Some kids played Matchbox cars after school, while others dabbled in sport. Daniel Bower’s childhood, however, was consumed with pottering amongst authentic cranes and life-sized low loaders. The family business, situated in Singleton, New South Wales, began in the late 1940’s with Daniel’s grandfather, John Bower. With an intergenerational respect for trucks and cranes, Daniel has continued the Bower’s heavy haulage heritage and strived to be the best in the business.

Now the managing director of Bower’s Heavy Haulage, Daniel recollects the simple childhood joy of tinkering with trucks which became his life’s work. “When the primary school bell rang at three o’clock, my grandmother used to wait outside the gate, pick me up and take me to work. And I couldn’t wait for that bell to ring! I’d run out of the school yard and be driven to the work yard where I was probably more in the way than helping – but I thought I was helping, and that made me what I am today,” Daniel recalls.

Bower’s Heavy Haulage and Crane Service was established in 1949, when it opened as a towing and panel beating service. Under the rein of Daniel’s father, Robert, the business developed into a full-blown heavy haulage operation – the largest of its kind in the southern hemisphere at the time. “When the old man got out of the business, everyone in town asked me ‘what are you going to do?’ I told them ‘I’m going to buy a truck’ because heavy haulage is what I’ve known my whole life,” Daniel says.

Eventually Daniel’s father sold the business to Boom Logistics in 2004. In 2009, he and Chris Betts decided to kick-off ‘Betts Bower Haulage’. In 2015 when Chris left the company, Daniel went it alone – albeit with a heavy-duty fleet of 13 prime movers, 30 trailing units and a strong support team behind him, including his wife Michelle. 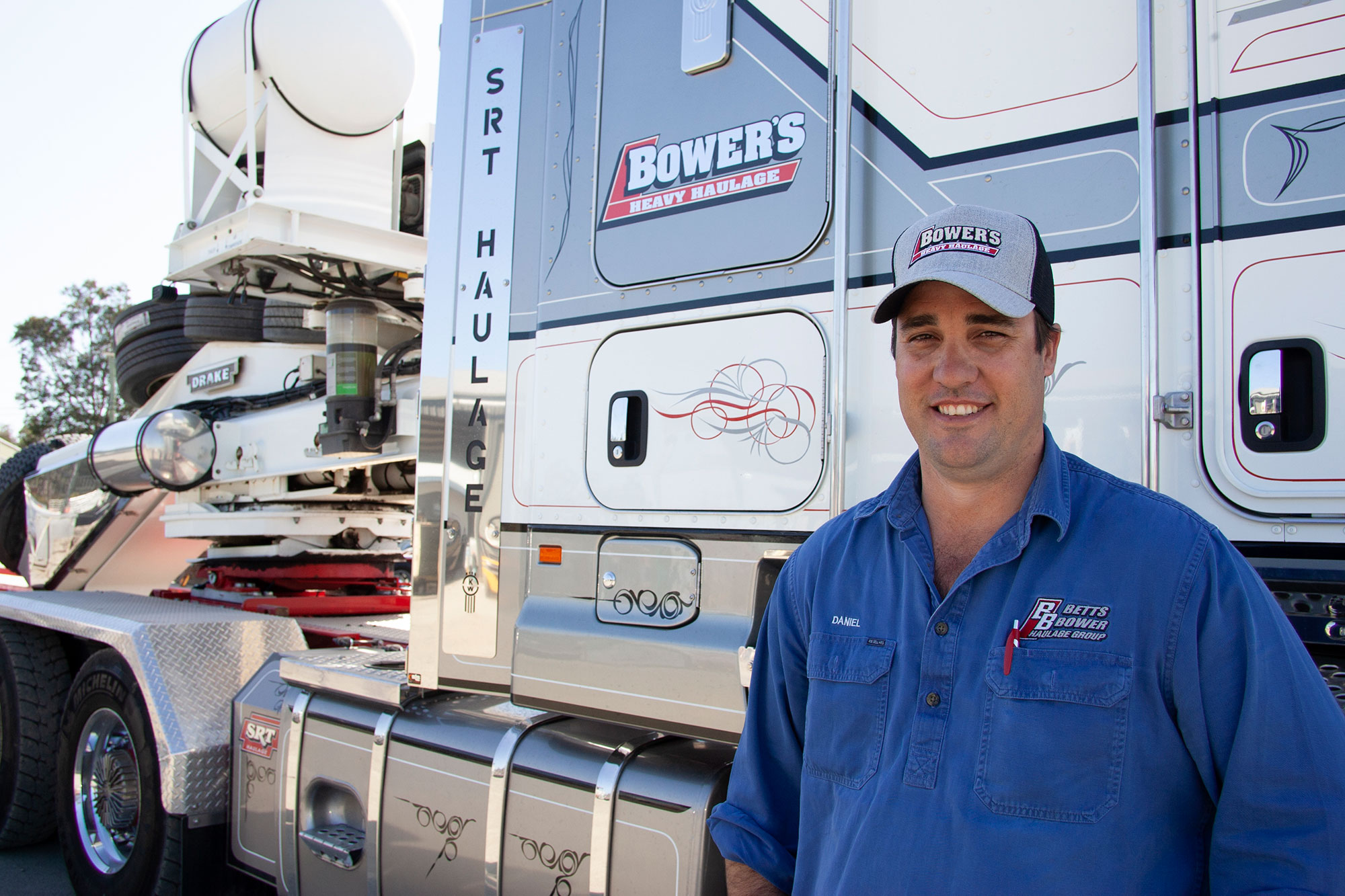 Over the last five years, Bower’s has tripled their trailing fleet to 90 units and continued to be an active player in the mining and infrastructure sector, offering a service that concentrates on the client’s legislation – the kind of service not too many heavy haulage companies desire to pursue, purely because of logistics and effort. But the opportunity to be part of nation-building projects is something Daniel appreciates as part of his journey in the Australian transport industry.

Take it to the next level

“There’s a fair sense of gratitude and achievement in this game,” Daniel reflects. “We exist to make sure the heavy haulage and mining industries in the Hunter Valley gets the service it needs, with the right equipment, to get the job done. Many transport companies turn up to a job, do a delivery and leave. We are actually locked-in, on-site with the client, so our team complies with all their procedures, and everything we do is to the next level.”

Daniel pinpoints a few notable reasons why Bower’s has been able to push the envelope; he argues that nothing can be done without good old-fashioned hard work, however, the two key factors that help Bower’s turn nothing into something is investment and innovation. “In the towage and crane industry my grandfather and father managed to build their own tow trucks because the new trucks at the time didn’t suit their needs. They also built their own equipment to be a forerunner with cranes.”

Specially built for the company

When Bower’s refocused and chose to transport heavy loads in the 1970’s, many firsts were built for their business, including the 4×8 extendable float, the first hydraulic gooseneck float, the first steerable articulated jinker trailer, as well as the extendable low loader – innovations which are now standard on trailers. “The old man had visions of building trailers that weren’t thought of and I’ve tried to emulate that type of thinking over my time. It costs a little bit more to make it work, but it has always paid off,” Daniel claims.

An example of Bower’s investment and innovation is the Drake-built, 9-line low loader platform with 2×8 dolly, completely assembled on BPW axles. The project was planned around the utilisation of Bower’s existing platforms, which are fitted with other axle brands. The Drake design allows Bower’s to clip-on any other low-height, semi-modular, steerable axle, resulting in a fully interchangeable heavy haulage fleet system. 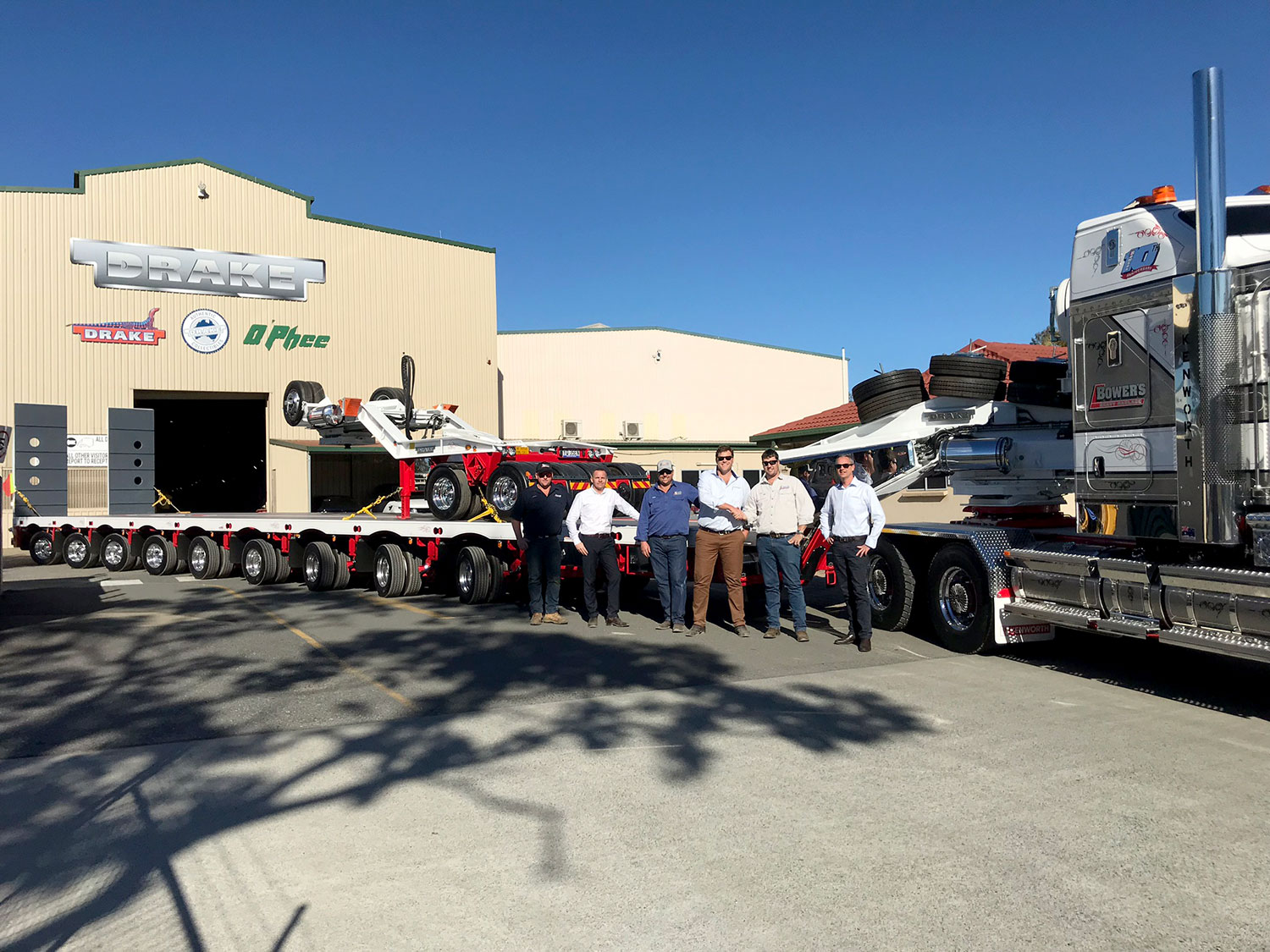 Key features of the Drake platform include hydraulic raise and lower suspension, radio remote steering, and hydraulic, multi-position gooseneck for raising and lowering over obstacles and under bridges. The trailing weight is balanced over a 12-line controlled environment with the ability to carry 250 tonnes of payload. Other structures of the build include ramp props on the ramps, a heavy-duty, high pressure, 3-cylinder yam bar, including a hydraulic-driven air compressor, a sliding skid plate, multi-position skid plate, and a deck widener that widens from 3.35 meters to 4.88 meters.

“We needed the trailer to configure with our other trailers like a Meccano set, and we know Drake stick behind their product” Daniel says. “My grandfather dealt with Sam’s [Drake] grandfather, my father dealt with his father and now I deal with Sam. In the early stages, I actually said to him: ‘I want the platform entirely on BPW’ and I wasn’t going to take no for an answer because I knew it would be a force to be reckoned with,” he states.

Sales manager of The Drake Group, Sam Drake, agrees. I had to guarantee that the new steerable and steerable attachments had complete interchangeability with his existing fleet and the standard low height York axle Steerable trailers. The project was fitting for both Bowers and Drake as we have an interesting history of pioneering ideas and designs together,” Sam explains. “Daniel has got much experience with BPW drum braked axles and he runs BPW on most of his general trailers and his Drake deck wideners. This was a first of its kind for us to run on BPW and make it work. Because Bower’s is a reputable customer and we have a strong relationship, we decided to make a commitment to trial the project and get it off-the-ground.” A loyal relationship, along with sophisticated and complex thinking, enabled Drake’s engineering team to confidently road test the combination as a 12-liner, which officially rolled-out onto the public road on 18th July, 2019.

Unbeknown to Daniel, Drake had previously been in conversation with BPW, as the BPW engineering team were looking closely into this type of project. Scott Merriman from the New South Wales BPW Transpec branch explains: “BPW have had the special short track axle to suit hydraulic and steering systems for some time. With Daniels preference for BPW equipment and Drake trailers, along with the experience and knowhow of both engineering Loved by maintenance guys departments, Bowers Heavy Haulage now have a fantastic piece of equipment to compliment their fleet”. 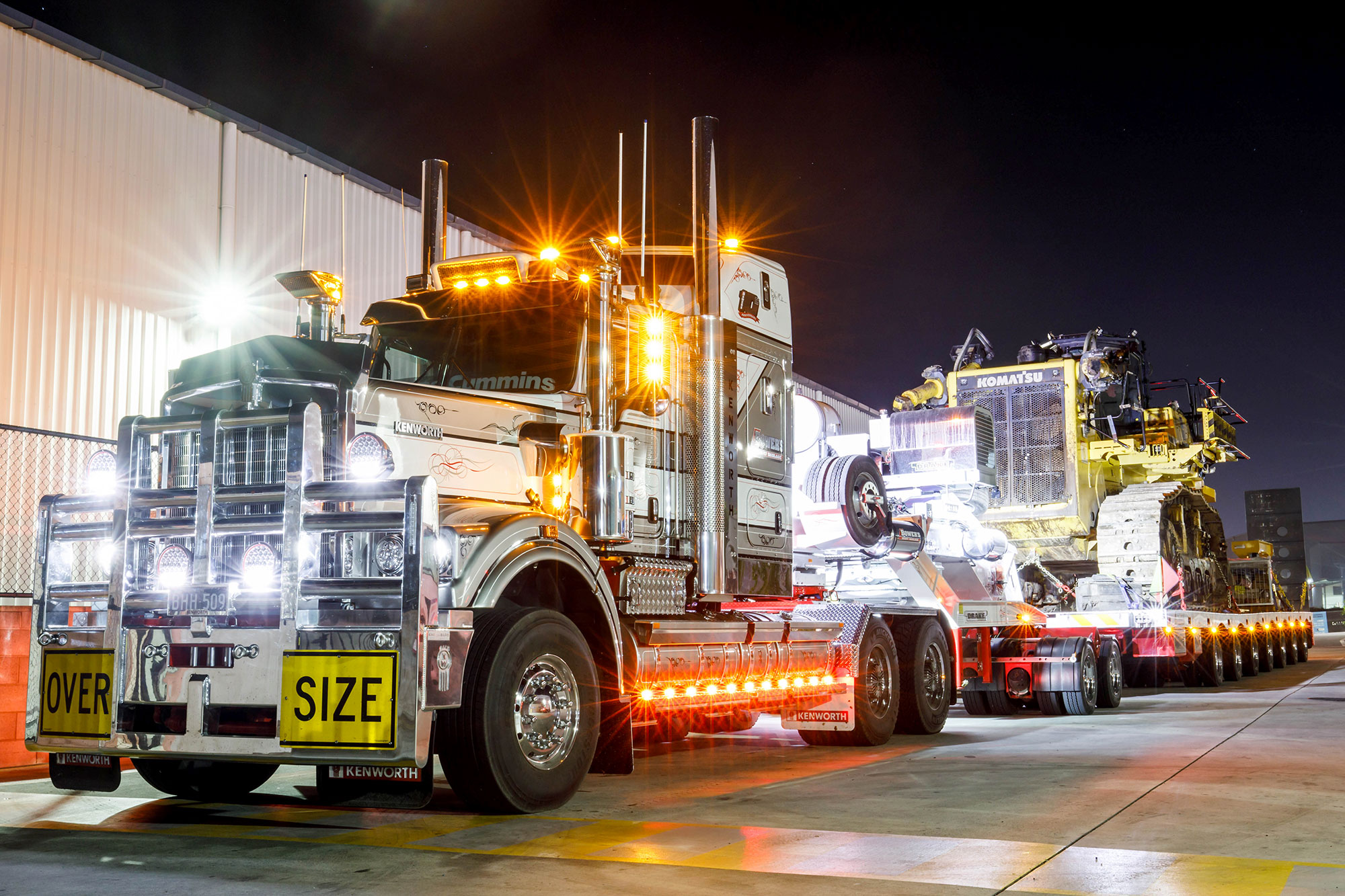 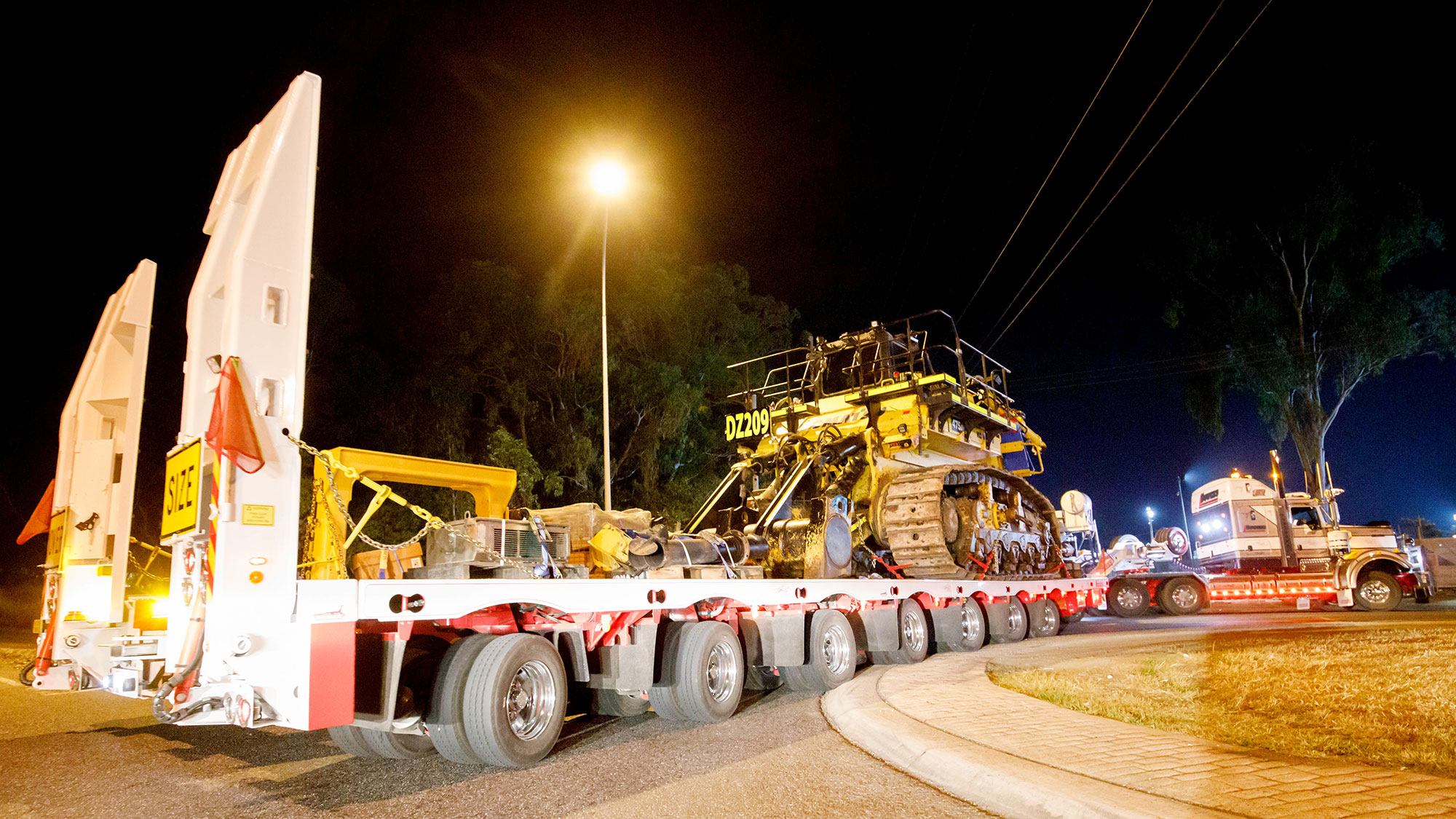 “My maintenance guys love it,” Daniel says. “Having EcoPlus hubs is a no-brainer. To do a bearing adjustment on a platform with different axles is realistically a ten-hour job, but now with the BPW axles on the Drake, it’s literally a two-hour turn-around once you wind the hub caps back on.”

Since July the Drake combination, which is hauled by a Kenworth C509, has done some tricky off-road jobs in Far North Queensland and the Northern Territory. It’s also been utilised as 12-line combination, with nine rows of BPW that marry up with three rows of another axle brand on the back, to heave 140 tonnes of wind farm equipment to Portland, Victoria. Splitting the removeable axle clips and re-setting 11 lines to a 7-line configuration, for example, only demands two or three hours of workmanship. “Everything works really evenly, including the four hubs on each row, and that gives you great control of the platform. When you have everything balanced, you don’t even know it’s behind you. They’re easier to tow than a flat top in some respects,” Daniel claims.

“It’s a one-man unit on the road because we value the drivers taking ownership of the equipment and for the price it’s worth, you can’t afford not to.” The Bower’s Low Loader is finished in stunning chrome rings, as well as chrome toolbox lids and control panels. And why not, when you’re spending well over a million dollars. 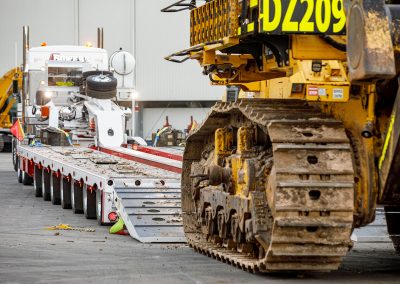 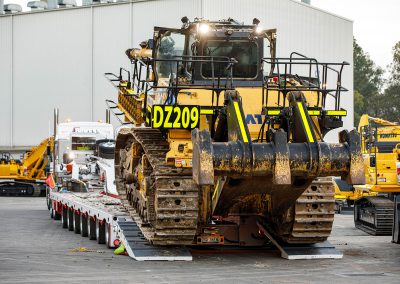 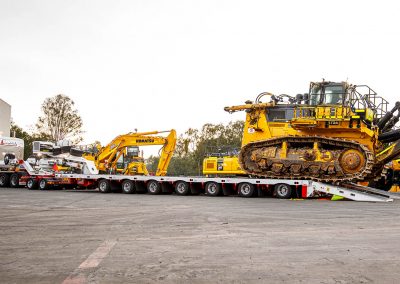 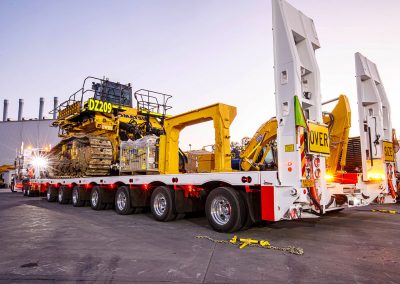 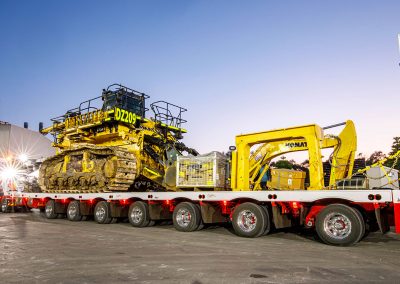 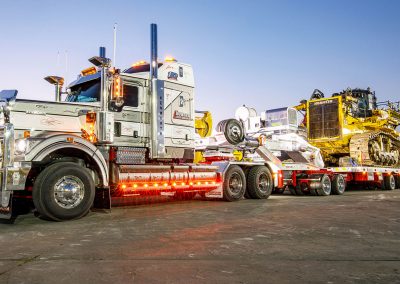 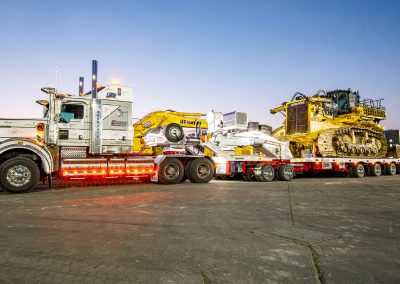 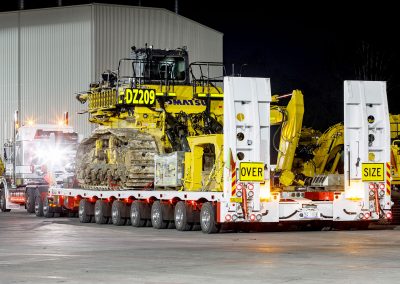 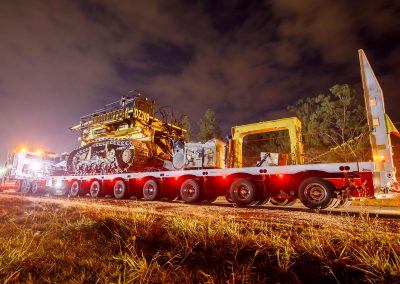 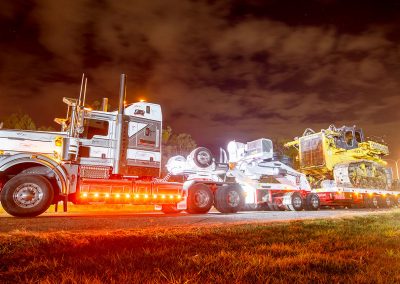 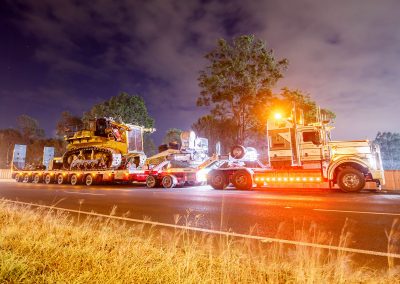 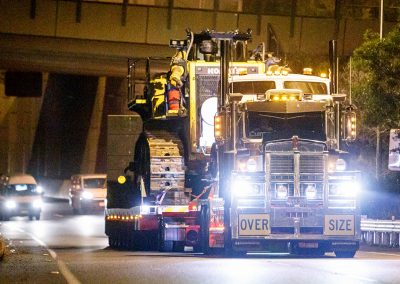 A freight locomotive moves into the museum

From truck driver to pilot coach 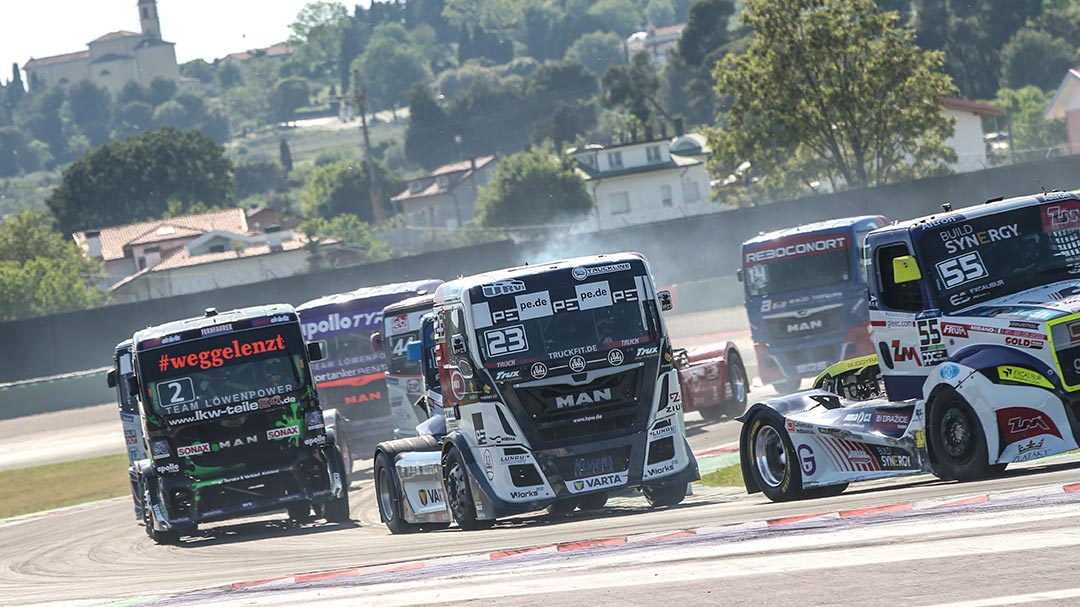 Sustainability in racing – how does that work? 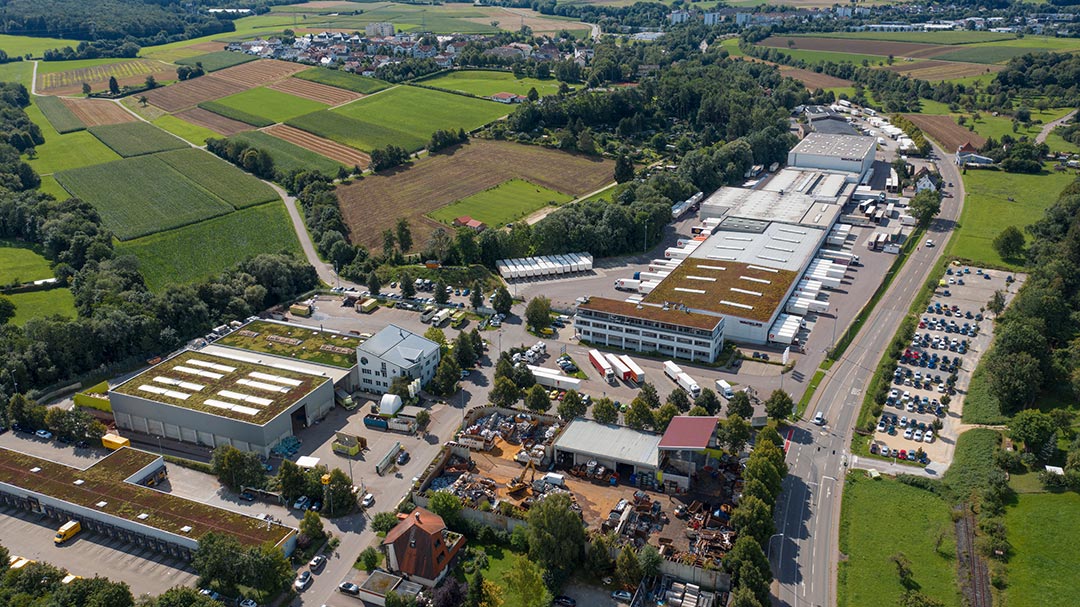 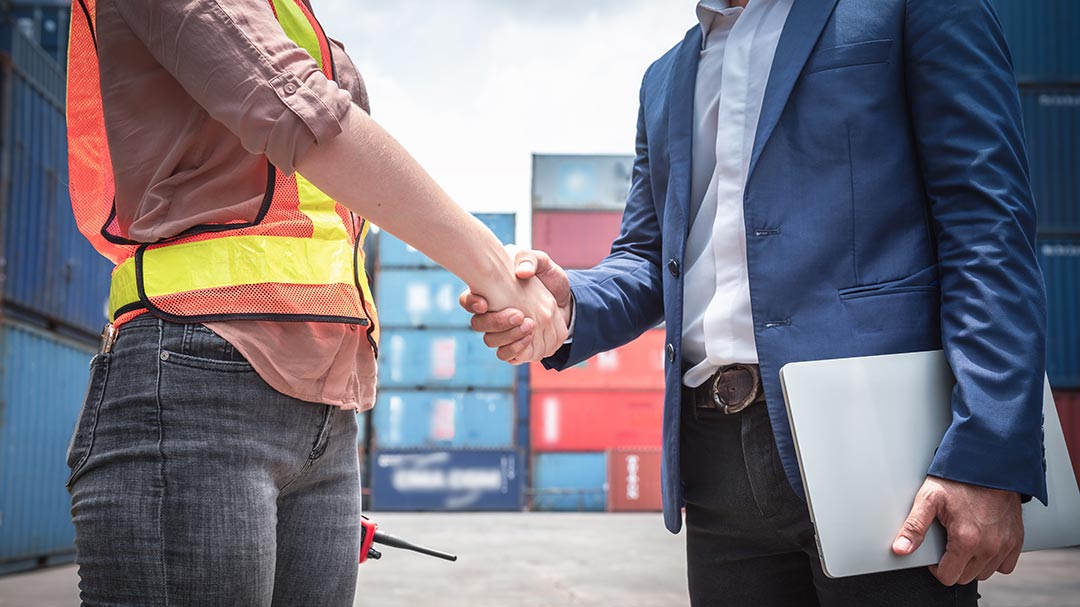