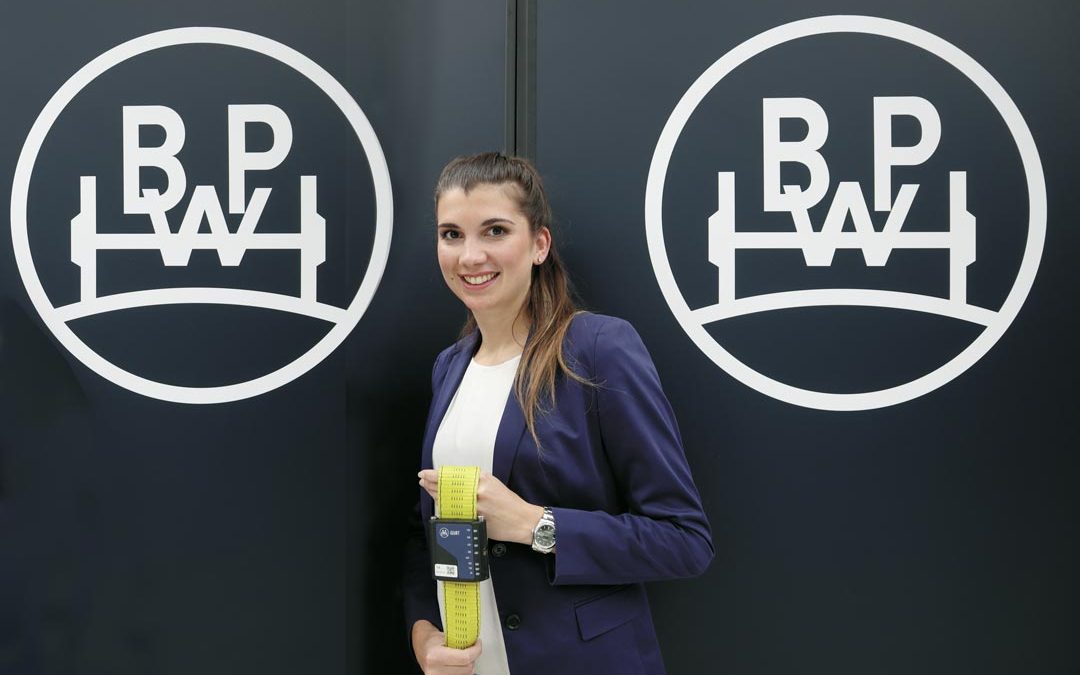 As a running gear system manufacturer for truck trailers and semi-trailers, BPW has always stood for merging tradition with modernity. With the iGurt, an intelligent system for securing loads, BPW in Wiehl has presented a real innovation: The smart product was developed to production readiness within 2.5 years. How exactly does such a process work?

The small sensor on a tensioning strap could easily pass for a smartwatch. The iGurt from BPW Bergische Achsen not only looks innovative, it also contains something really new: the digital load securing system monitors the pre-tensioning forces when lashing and during the journey and informs you via app about deviating losses of the pre-tensioning forces on the belt. For BPW, the iGurt is a completely new product in addition to the traditional business of running gear systems. A team led by product manager Katharina Kermelk developed it from the first sketch to series production readiness in around 2.5 years.

Focus on the cargo area

Medium-sized companies like BPW are Germany’s most important innovation and technology engine. With practical experience, know-how and committed employees, they are constantly developing new solutions and products and investing a lot of time, patience and money. The starting point for the development of the iGurt was the idea of the mechatronics engineers at BPW to take on new challenges. “As a mobility partner for our customers, we deliberately wanted to try something completely different and look at the area above the running gear: the load compartment,” explains Kermelk. “As a first step, we asked colleagues what was important to them in their daily work around the load compartment.” The respondents very often mentioned the topic of load securing: Securing a wide variety of goods correctly and reliably is not easy for the drivers in their everyday transport work.

BPW’s development group then visited selected haulage companies to observe the entire transport process with a focus on the loading space and to conduct interviews. “We went into the warehouse and looked at what tools the employees use for loading and unloading, what materials they use and what tasks the drivers have to perform – especially when loading the vehicles and securing the load,” says Kermelk. Furthermore, discussions took place with experts such as driving instructors and representatives of the Federal Office for Goods Transport and the police. “We heard again and again that load securing is difficult for many – especially when it comes to the use of tension belts, which are most commonly used in practice.” Further visits to the haulage companies followed: “We asked even more detailed questions, accompanied transport journeys and stopped several times on the way to check the belts in each case. We wanted to learn as much as possible about them,” reports the product manager. 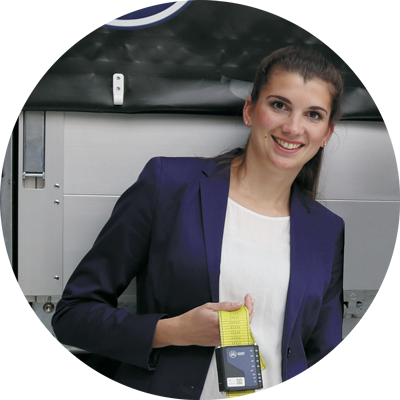 »We have heard time and time again that many people find load securing difficult – especially when using tension straps, which are the most commonly used in practice.«

Safety risk and damage to goods

At the end of this exploratory phase, there were two findings: Firstly, the drivers do not know what pre-tensioning force to set on the belt even during securing. After all, they only lash with arm strength, without a measuring device. Secondly, loads can shift during the journey or sacks of goods can settle. This can cause the pre-tensioning forces to drop and the load is no longer adequately secured. In case of doubt, it tips over and can even fall off the truck through the tarpaulin – this is not only an enormous safety risk, but can also cause damage to the vehicle.

“But the goods themselves can also be damaged, for example if they are lashed too tightly,” explains Kermelk. For example, a haulage company that transports sheetrock for DIY stores reported that on average at least one board is damaged per trip due to straps that are too tight. At a value of 15 euros per panel and 200 trucks used, each making four trips a day, this means around 12,000 euros in damage per day. “Our research has shown that insurance companies settle cargo claims worth the equivalent of 1.2 billion euros every year. And there is probably a very high number of unreported cases: many claims are not reported for fear of rising insurance premiums.”

After the research, it was clear to BPW’s group of developers: the reliable and correct securing of loads with tension belts is not guaranteed in everyday transport. “We wanted to develop something that solved this problem and that drivers could work well with.” A first prototype was a very simple small box made of Styrofoam: “We tested it with our factory drivers and discussed with them how such a product could work in practice.” Another prototype was a slightly larger box made of metal with a simple 7-segment display that could already show the pre-tensioning force. “We tested this advance with drivers: First we let them lash the load without being able to see the displayed value,” Kermelk reports. “Then we asked them how high they estimated the applied pre-tensioning force to be. Most of the time, the actual value was significantly higher.” A next prototype received a Bluetooth module that transmitted the data into the tractor while driving. “In another test, we realised that the functionality and performance range of the product were optimal with this. It was clear to us: that’s exactly what we need!” 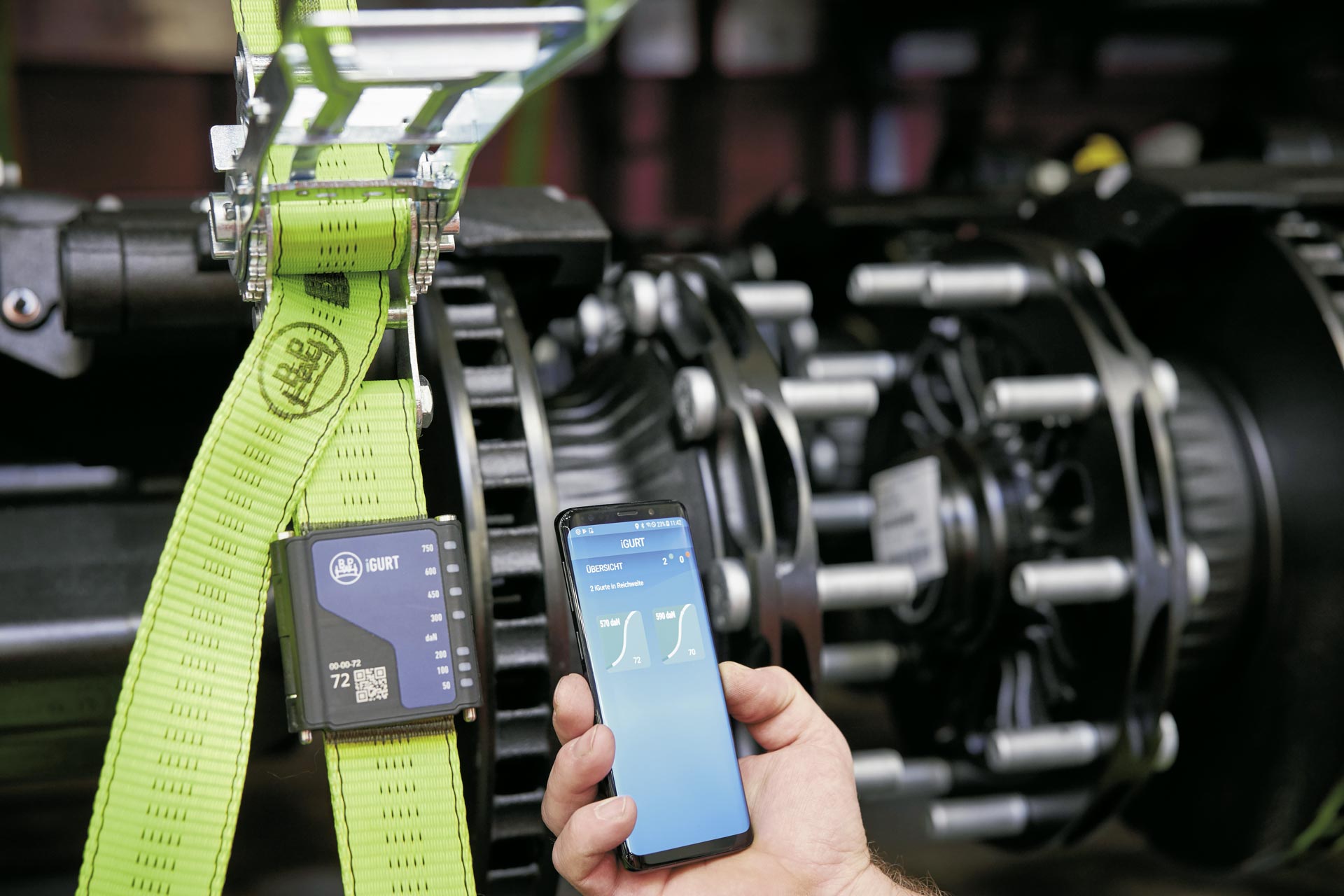 A modern LED display and the associated app have been designed to be as user-friendly as possible: Drivers should be able to operate them intuitively and, for example, even with work gloves.

The next challenge was the design of the product, because there is not much space on a belt. “Our prototypes were still really thick lumps. Here in mechatronics, we are of course not experts when it comes to the visual design of a product. So we brought this expertise into the company from outside.” A good decision: The iGurt was later not only awarded second place as “Trailer Innovation 2019” at its market launch at the IAA Commercial Vehicles, but also received the iF Design Award. “This is certainly good proof that it can be worthwhile not to rely solely on one’s own traditional competences, but to supplement them with a breath of fresh air from outside if necessary,” says Katharina Kermelk.

A first production of the iGurt comprised 600 pieces, which were thoroughly tested by eight customers in a field test for their practical suitability. This test led to minor adjustments, after which, for example, the battery compartment could no longer be opened so easily without tools. Kermelk recalls: “After three months of testing, the feedback on the digital belt was so good that the decision was made: it goes into series production!”

Team with an open mind

Up to this point, quite a few people were involved in the development – from employees from hardware and software development to suppliers and customers to the decision-makers at BPW. “It takes a lot of time to talk to everyone and coordinate,” says Kermelk. “But it’s also extremely exciting to get everyone on board and convinced of the idea as well as the finished product.” For her, the intensive dialogues with the customers were a real enrichment – but also for her team: “We are all young minds from mechatronics who work with an open mind. I think it was exactly this mindset that made the iGurt possible.” 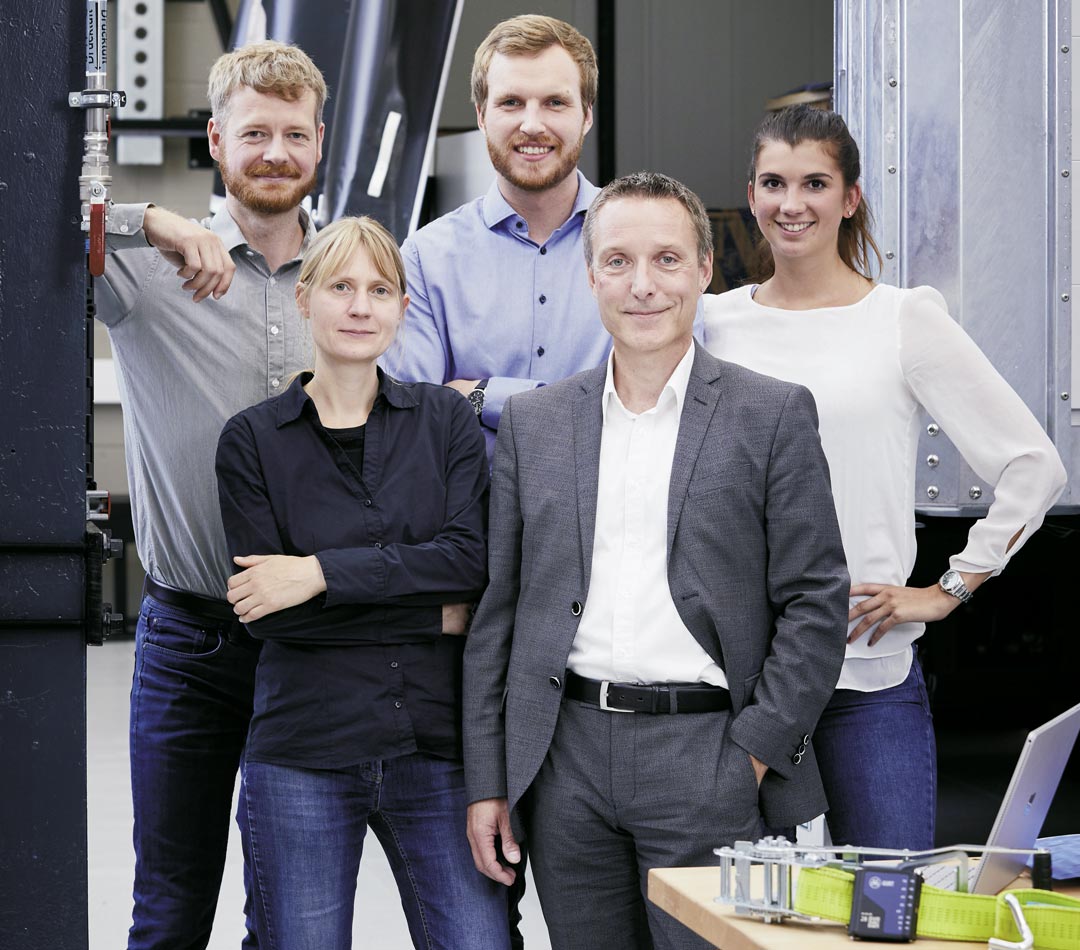 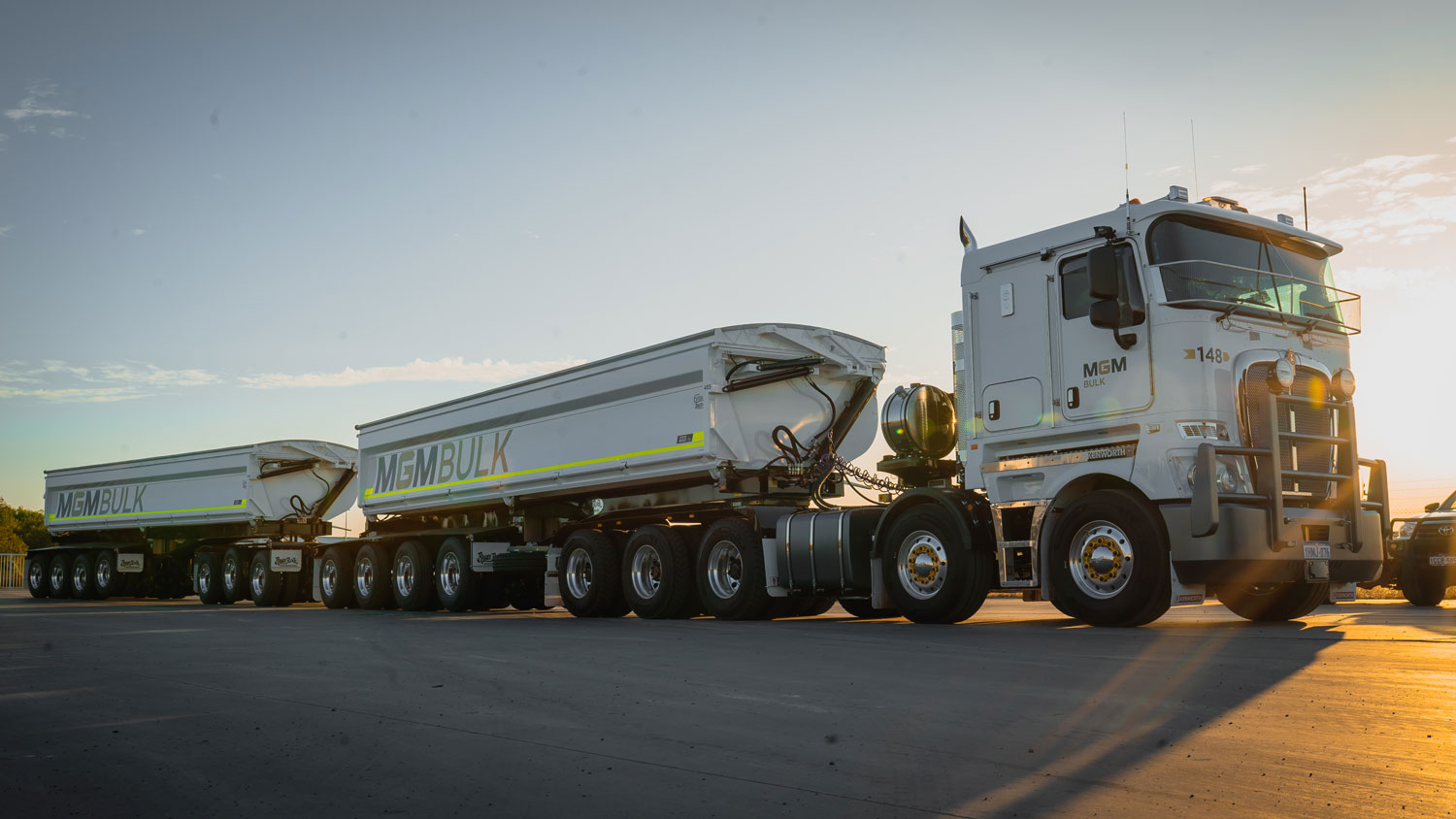 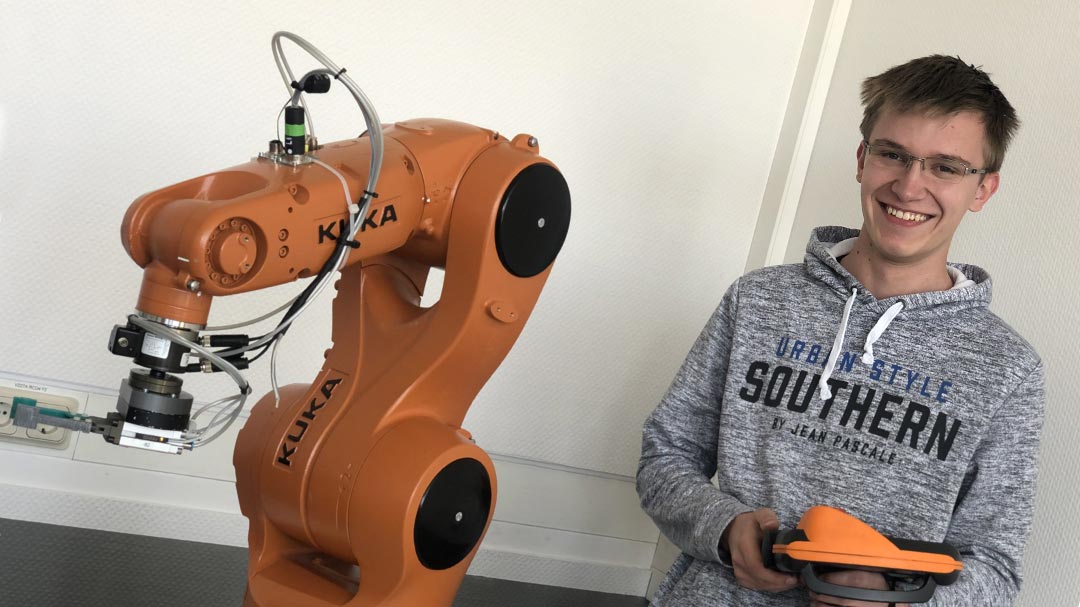 Digital learning from the start 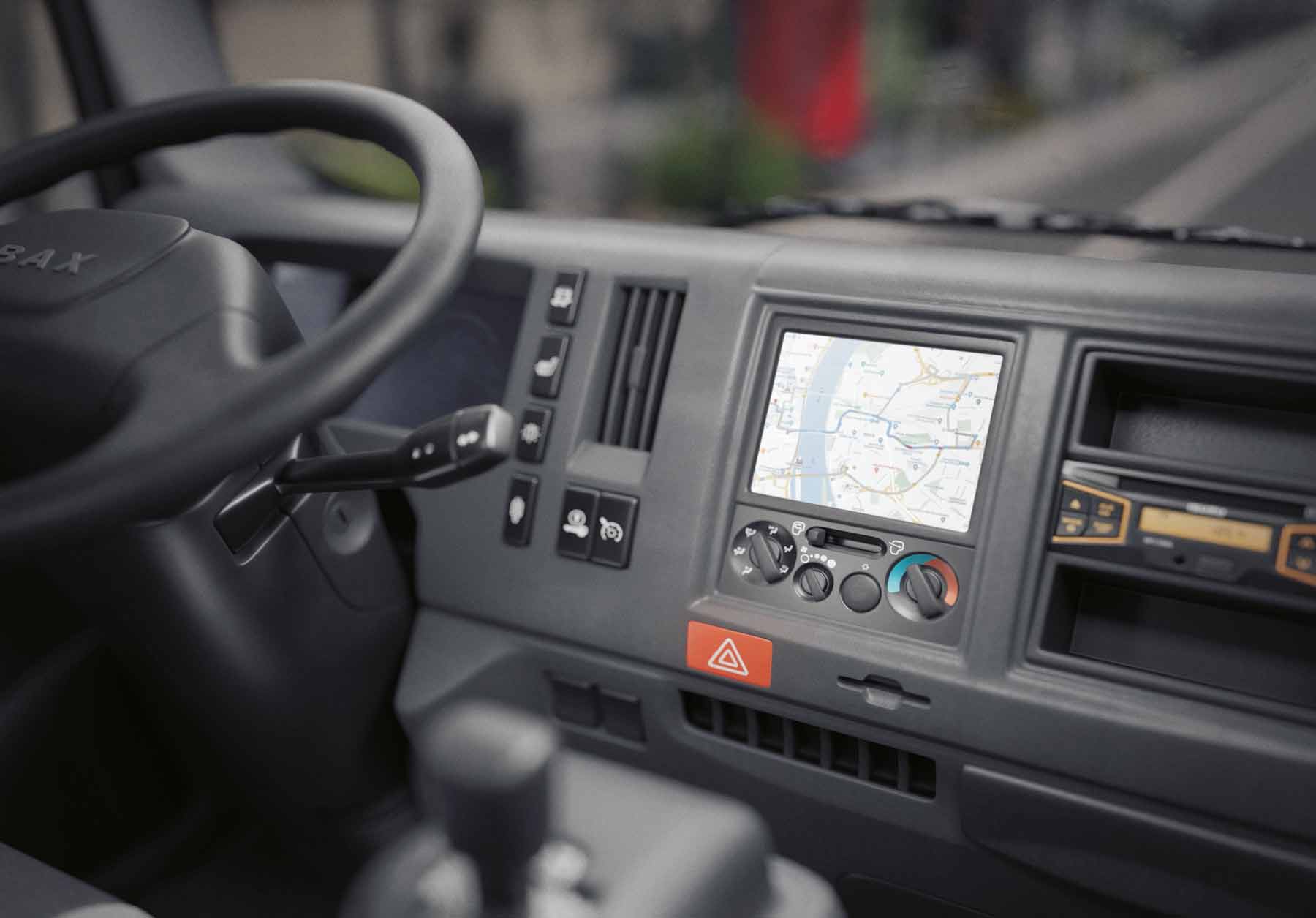