City logistics: what will solve the problem? 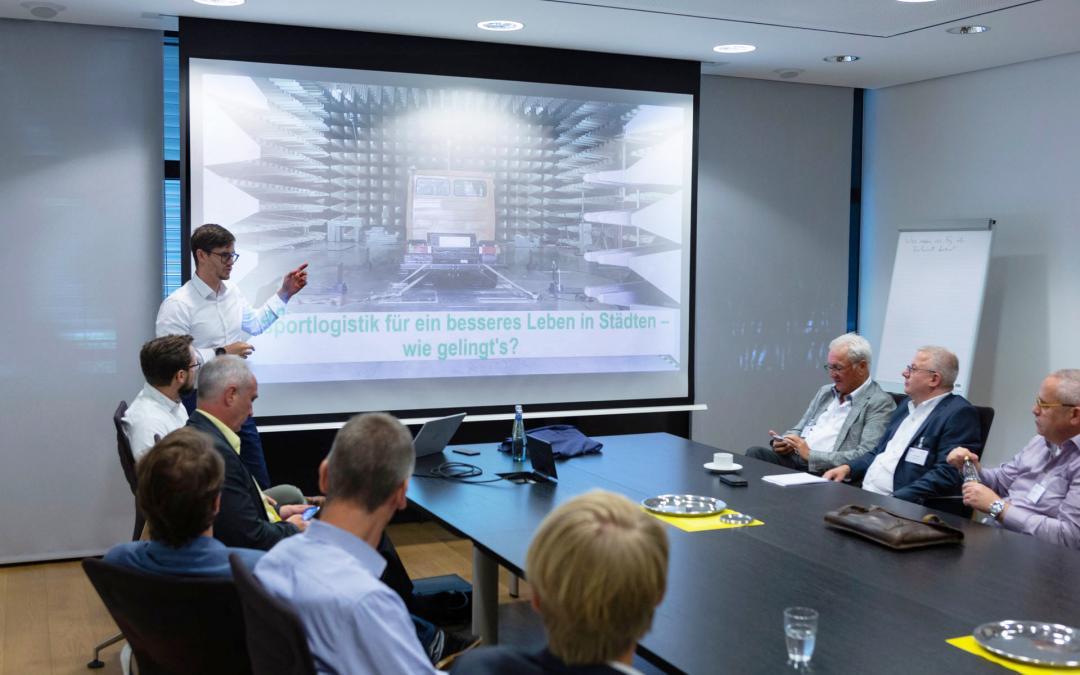 Given that online trade is booming in Germany, logisticians should actually be happy. After all, an increasing number of orders also means a greater number of assignments for them. But what if the number of parcels continues to rise to unimagined heights? Are logistics in the city then the problem or the solution? At the Moving City event, the industry considered new logistics approaches and technologies to cover the last mile.

The beautiful new world of city logistics makes customers happy. After all, there are parcel carriers in every district who will deliver online orders to your doorstep quickly and reliably. Even supermarket groceries are freshly available within a few hours. However, this perfect service comes with several downsides: time and cost pressures, a lack of parking, entry restrictions and impending driving bans make life difficult for logistics staff dealing with deliveries. Improvements are not in sight – on the contrary, particularly in large cities, transport volumes continue to increase. Before the number of parcels hits the roof, logisticians need to come up with new solutions. The event ‘Moving City – Logistics Scenarios of the Future’, organised by DVZ Deutsche Verkehrs-Zeitung and the Rheinische Post media group in Düsseldorf, offered an excellent opportunity for this. Will we have to bid farewell to doorstep deliveries? What concepts are sustainable for last-mile delivery? And what role do new vehicle concepts play in this?

In the state of North Rhine-Westphalia, the Ministry of Transport has recently offered tangible support to help solve these issues. ‘A functioning city needs a functioning logistics system,’ states Dr Dirk Günnewig, head of the Department for Fundamental Issues of Mobility, Digitisation and Networking. Cities should not be left to resolve this issue alone. The transport expert sees politics as needing to play a role in coordinating and moderating the activities of those involved. Financial support also needs to be made available. Günnewig himself follows an approach that is as innovative as it is informal. City logistics projects need to be actually tried out to discover whether they will work or not – without fear of failure.

At the event ‘Moving City – Logistics Scenarios of the Future’, organised by DVZ Deutsche Verkehrs-Zeitung and the Rheinische Post media group in Düsseldorf in autumn 2019, participants discussed new delivery concepts that could set new standards in terms of sustainability.

But which technologies and concepts have what it takes to solve the problems? High-tech solutions are currently not the first choice for city logistics, which may be a point of frustration for some innovative futurologists. Instead of driverless post vehicles, delivery robots and transport drones, down-to-earth solutions are what’s required. From today’s point of view, one thing is clear: logisticians must cover last-mile delivery in city centres quietly and emission-free. Electric vehicle concepts are therefore booming in city logistics. However, the notion that electric distribution trucks in higher weight classes could also drive into city centres still seems to be a pipe dream. 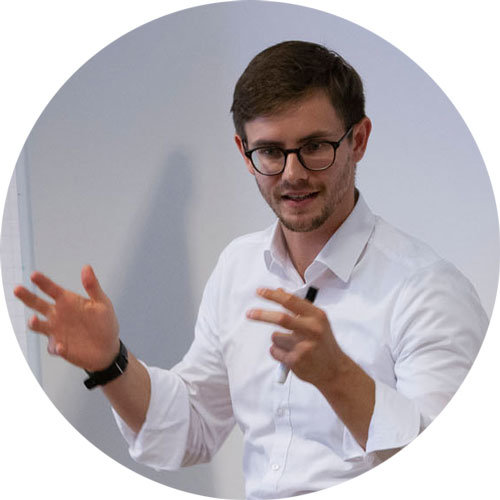 Josha Kneiber is convinced that a drive such as BPW’s eTransport electric axle will enable a completely new vehicle architecture to be developed for trucks. 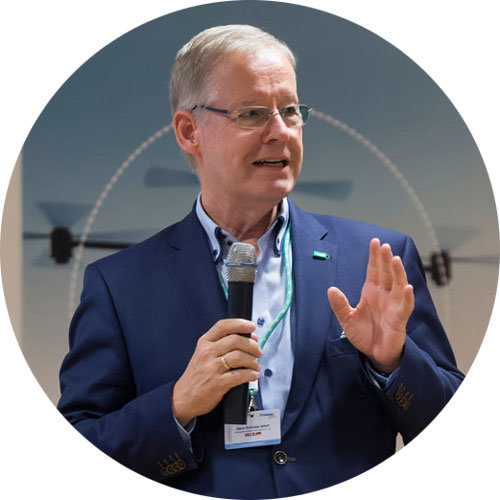 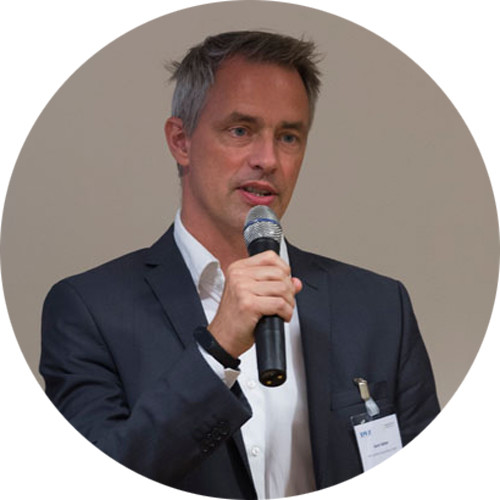 Industrial engineer Gerd Seber thinks it’s a given that innovative logistics approaches will, in future, have to be geared to the interests of parcel customers on their doorstep. 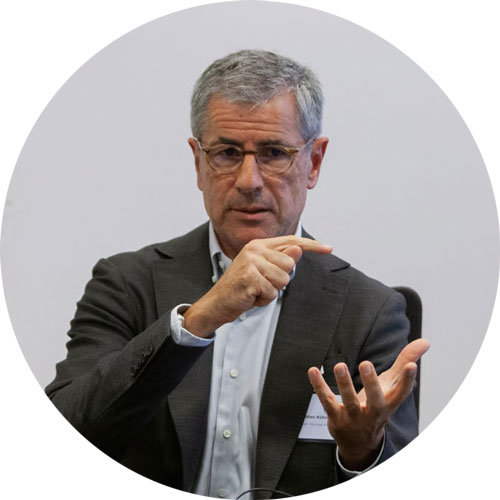 Christian Kühnhold, managing director of Smart City Loop, is targeting the penultimate mile. His plan is to transport goods into city hubs through underground pipes.

‘When it comes to electric trucks, many logistics experts first think of Tesla and technologies such as fuel cells and range extenders,’ says Josha Kneiber from the electric mobility team at BPW Bergische Achsen, describing the current situation. For the 28-year-old economist, the event was therefore a good opportunity to provide more clarity on this point. After all, with the eTransport electric axle, BPW has the technology in its series to provide propulsion in electrified versions of the MB Vario. However, Josha Kneiber went one step further in the discussion. He asked what a truck suitable for city logistics will look like in future? And he even gave an exciting answer himself: the goal must be the development of a vehicle that focuses on the logistical processes of city centre delivery. An axle-integrated drive offers good opportunities for this. Since this technology requires little space in the vehicle, it can be used to develop a vehicle architecture that focuses on the ergonomics for the driver and the safety of cyclists and other road users. For example, a low-floor concept or a truck with internal elevators replacing the need for a tail lift could offer alternative solutions. For those who love the classic truck shape, this may sound a bit strange. On the other hand, nowhere is it written that a truck for city logistics must look exactly like a conventional truck. 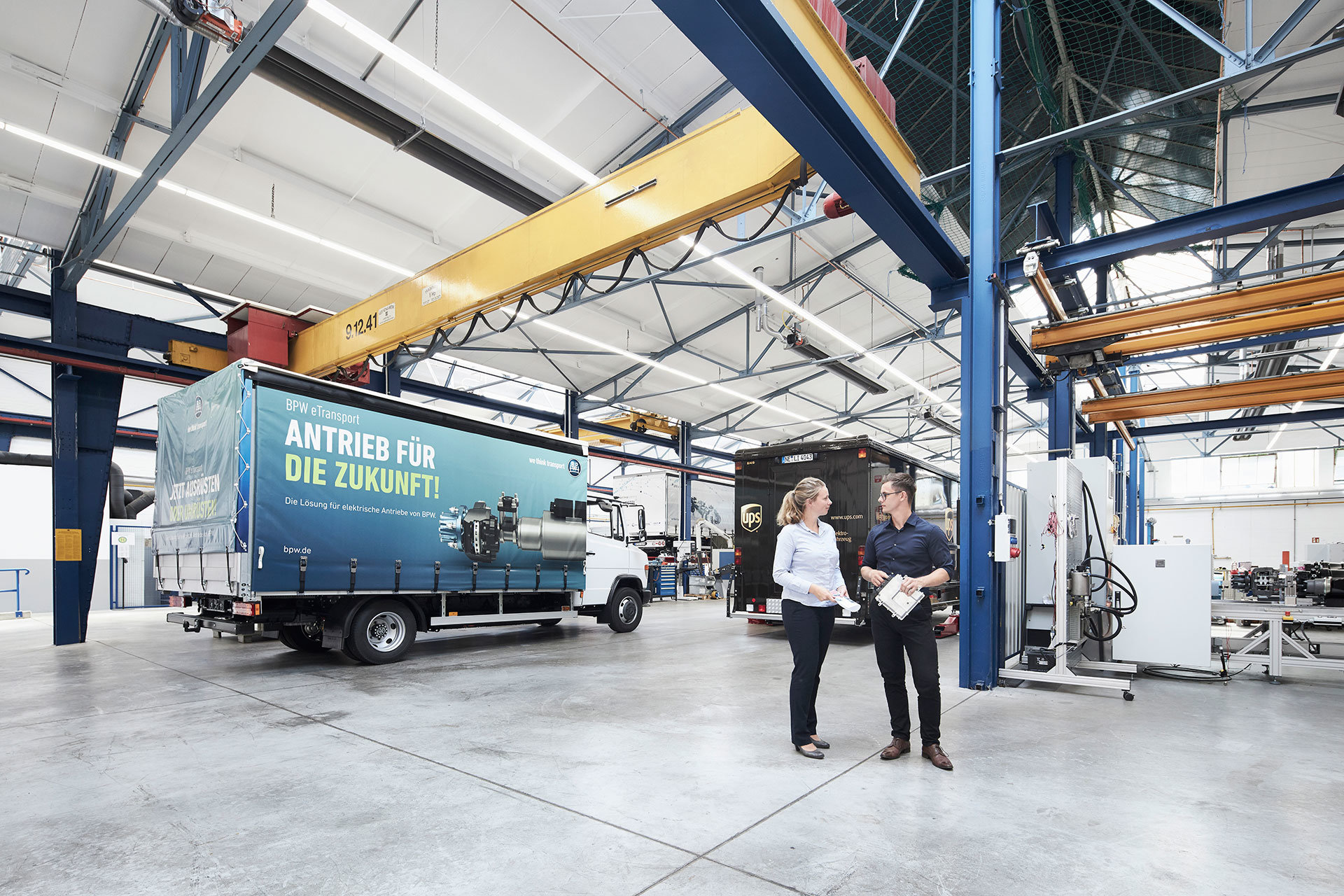 An electric vehicle also plays a key role in the logistics approach of Bremer Rytle GmbH, a joint venture between the consulting firm Orbitak and the trailer and body manufacturer Krone. The concept combines a cargo bike with a micro-depot and specially designed transport boxes. As Rytle’s co-partner, Gero Schulze Isfort essentially presents city logistics reinvented: a lightweight container with a hydraulic lifting device and a roller shutter functions as a depot. It provides space for nine boxes, each with a loading volume of just under two cubic metres, which the respective logistics service provider fills with its parcels and packages. When it comes to delivery, the courier places a box in a retaining device at the rear of their cargo bike, which Rytle calls ‘MovR’. Thanks to its ample electrical support, the bike is easy to ride on the road, but can also be ridden on cycle paths. Since it is licensed as a Pedelec 25, the driver does not need a driver’s licence. 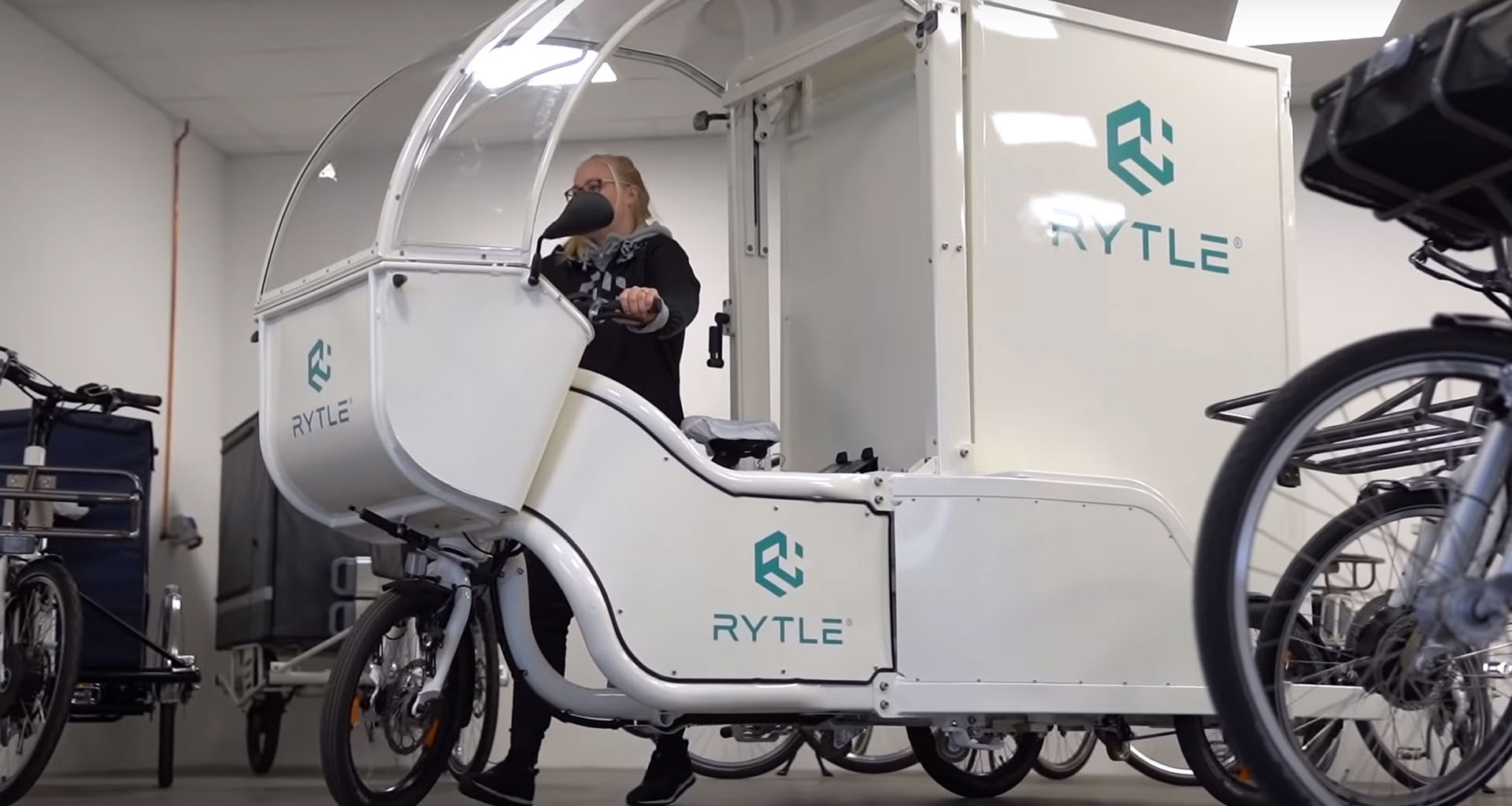 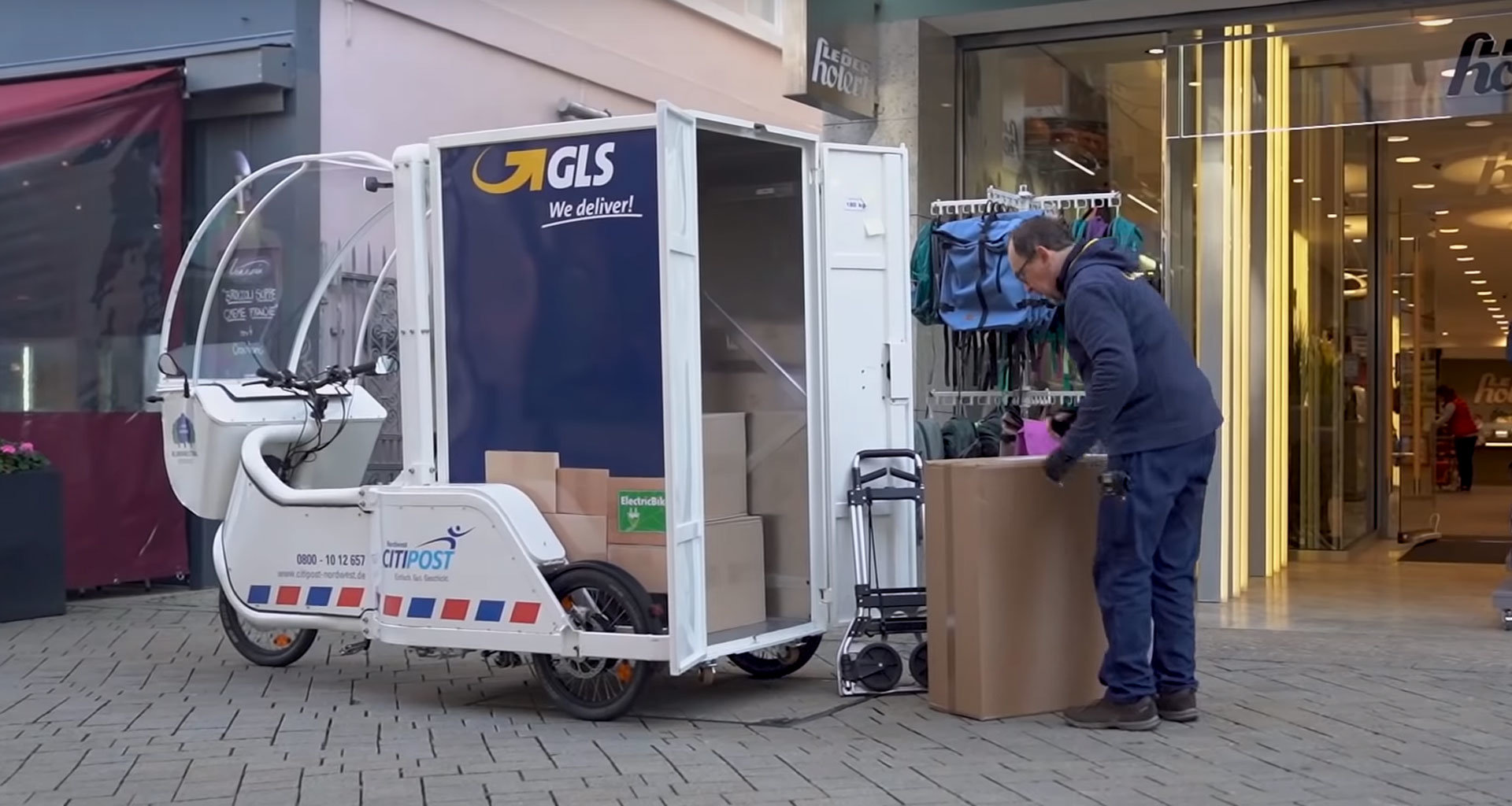 The logistics approach is completed by its digital integration. All components – wheel, container and boxes – feature telematics units. Key functions can be controlled using a smartphone app. This means tracking, tracing, navigation and route planning are all possible. The app also allows for communication with headquarters and customers. The concept is particularly alluring for logisticians, as they can literally start city logistics operations overnight. However, the storeroom is likely to become a sticking point, as micro-depots in public car parks are probably a thorn in the side of any traffic surveillance system. ‘The city logistics model can only work if cities get involved, too,’ explains Gero Schulze Isfort.

Not only do cities need to be on board, but end customers, too. ‘However, customers are very unaware of logistics providers. As a result, customers who don’t even know us rate our services,’ regrets Gerd Seber, group manager of City Logistics and Sustainability at DPD Germany. And then, those receiving the packages also want a flexible and individual service. ‘Business with private customers will increase significantly in the future. Innovative logistics approaches must therefore focus on the relationship between service providers and end customers,’ says Seber. Driverless delivery by mobile parcel stations could play a key role in future. The vehicle would automatically drive to the delivery location, while the recipient would receive information about the parcel station’s arrival via the DPD app. Once authorised, the customer would remove the package from the outlet hatch on site. It would also be possible to return parcels in this way. 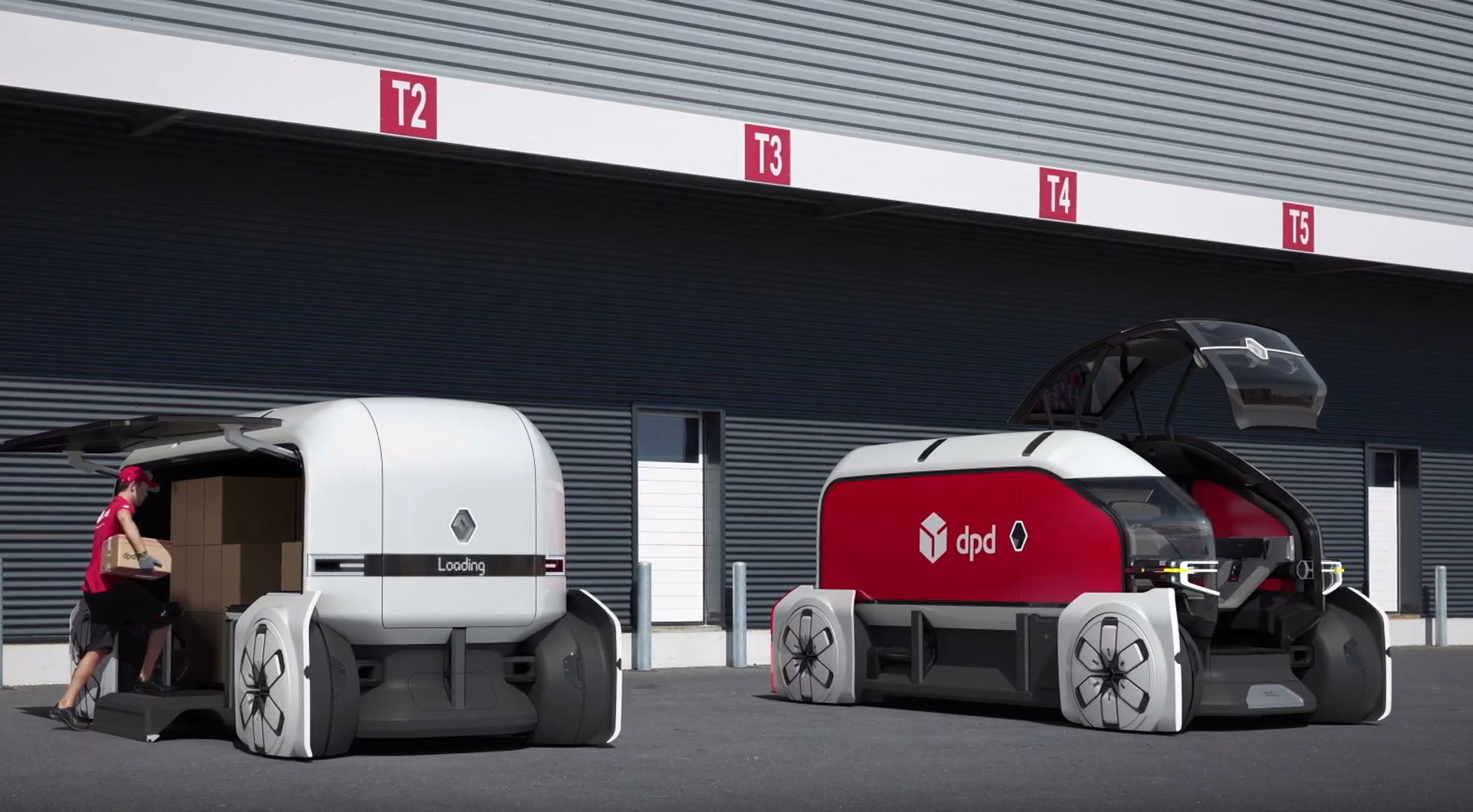 Christian Kühnhold, managing director of Smart City Loop GmbH, is also dependent on gaining cities’ support. If his concept becomes a reality, logisticians could be looking at pipes in a completely new way. The Smart City Loop is a transport system for the penultimate mile that is intended to offer an alternative to freight transport relying on heavy trucks in urban areas. Instead, trucks will deliver their cargo to a goods distribution centre on the outskirts of a city. There, the goods will be transported fully automatically in underground pipes on pallets or in transport containers to a city hub in the city centre. Having reached their destination, electric vehicles then transport the loads the final mile.

But setting up infrastructure can be an enormously expensive undertaking. And, according to Adam Riese, going underground would see costs virtually explode. Perhaps underground railway tunnels could be used intelligently for city logistics? How will you find the necessary space for a city hub in those cities that so desperately need one? And what costs would users of the Smart City Loop bear? The questions posed by event participants to Christian Kühnhold reflected their reservations. ‘The costs given are only a fraction of the sums required for tunnel construction,’ explained the industrial engineer. The uncomplicated approval procedure is one clear advantage. In addition, only established processes and conveyor technologies would be used throughout the model. 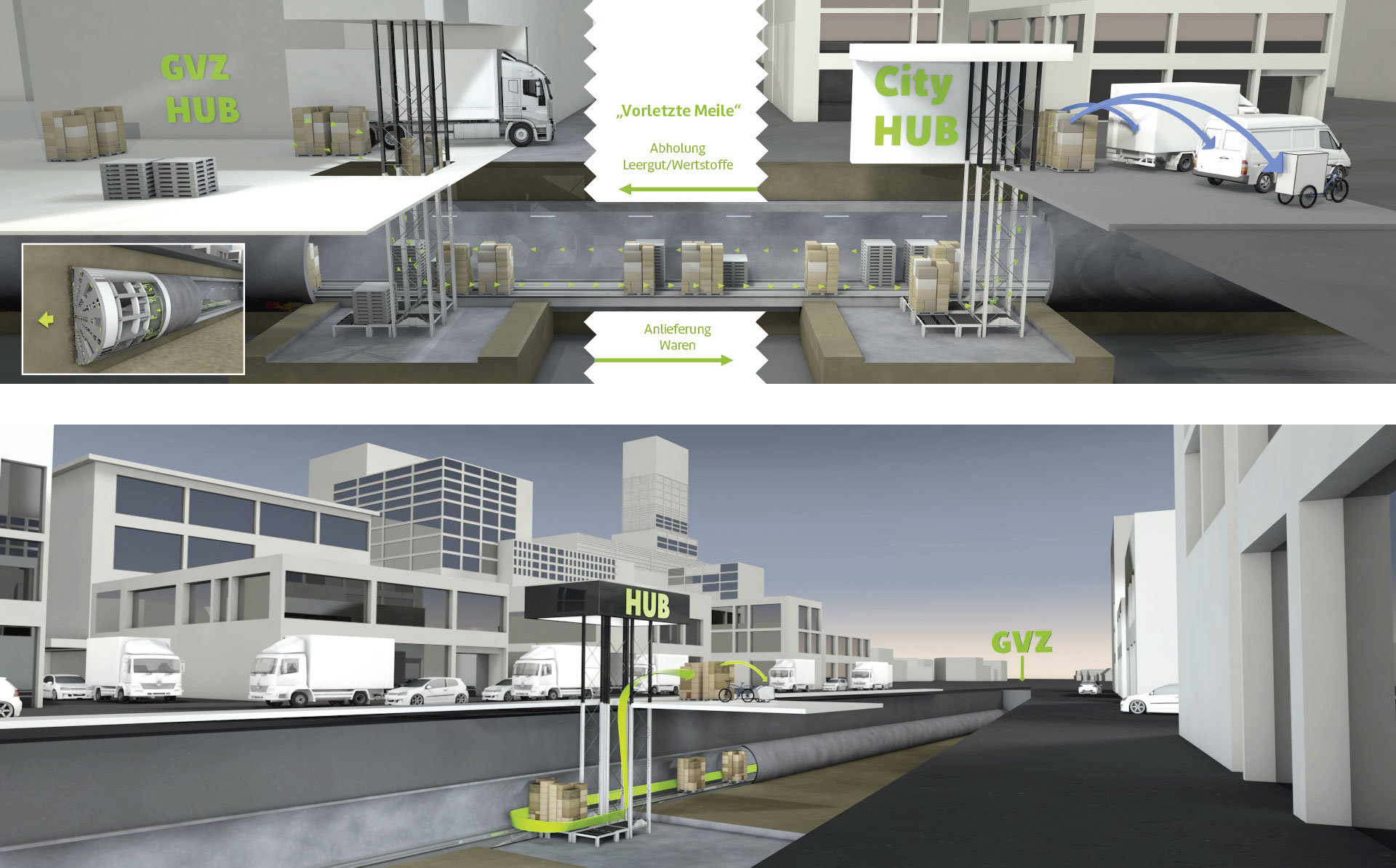 Live tests may soon follow. A feasibility study for a Smart City Loop for Hamburg city centre is currently being carried out. There are plans for a pipe connecting a freight traffic centre in Wilhelmsburg with a city hub in Altona, covering a distance of around five kilometres. Around 3,000 pallets could thus be brought into the city every day – rendering up to 1,500 movements by road superfluous.

By the end of the event, Smart City Loop had delivered one key message: an idea should not fall off the grid simply because its implementation involves effort and money. And when it comes to city logistics, you have to think big to solve the big problems.

Heavy load in the land of the pharaohs 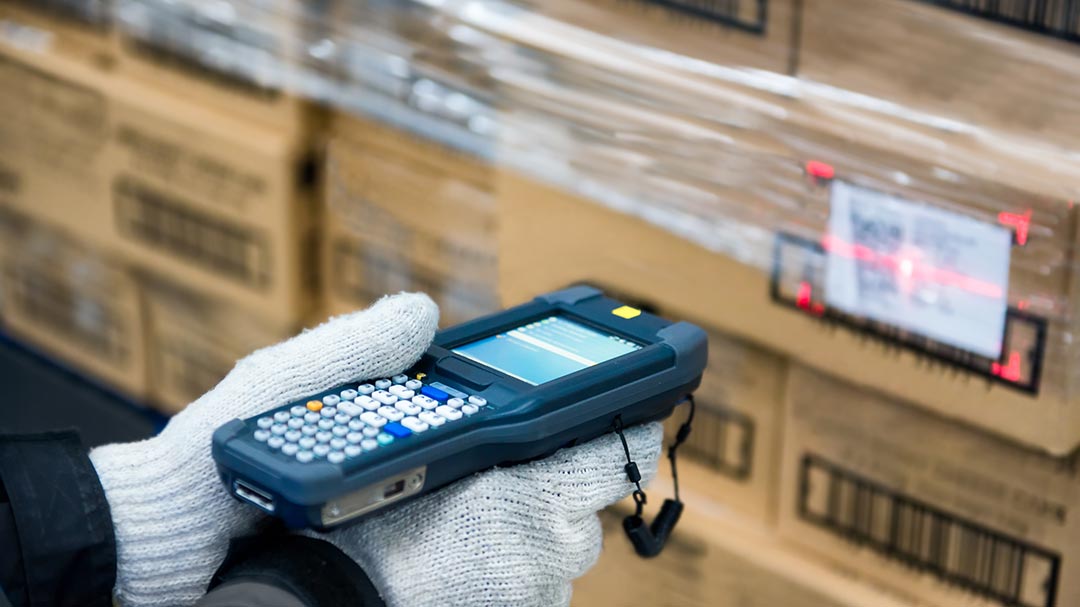 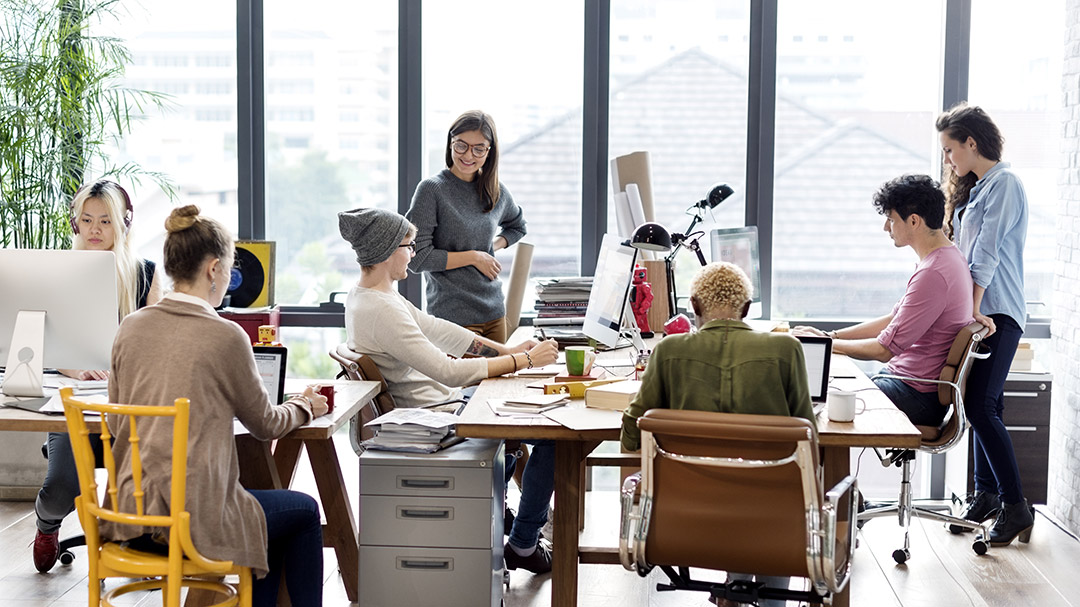