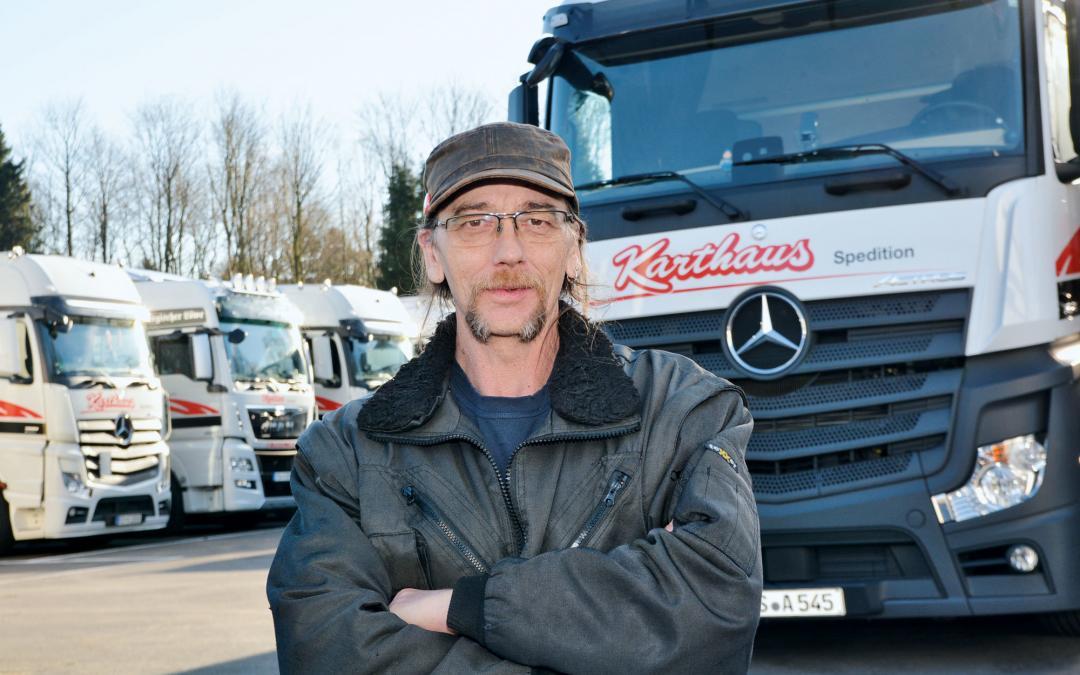 While truck drivers bear a great deal of responsibility, not all of them work in good conditions or are paid fair wages. In spite of a strong lack of drivers they do not have a strong lobby. The association “Allianz im deutschen Transportwesen (Straßentransport) e.V.” (Alliance in the German Transport Sector) (AidT e.V.) aims to change this and is campaigning against illegal cabotage and social dumping, as well as providing affected drivers with a forum and voicing their concerns.

Udo Skoppeck is one of the founders of the association. He has been a truck driver himself for four decades, and has a fair employer: “I work for a company in which the driver and his salary count for something,” says Skoppeck. “Unfortunately, this is not always the case in the industry.” It means that his commitment to his colleagues is all the greater.

Skoppeck has been chairman of the Alliance since January 2014. Its objectives are clear-cut: “We want to prevent social dumping, promote fair competition and stop people falling by the wayside,” he explains. “A minimum wage is to be established via an EU-wide collective agreement. We want a solution for the whole of Europe, but there is still a lot of political work to be done. This is a mammoth task that our generation will very probably no longer be able to accomplish.” A court ruling issued in January 2019 represents a major step in this direction: a lawsuit brought by Polish freight forwarders against the validity of the German Minimum Wage Act was dismissed by the Berlin-Brandenburg Finance Court. Accordingly, the minimum wage must also be paid to foreign drivers if they work in Germany.

What set the initiative in motion was the headlines made in 2012 by a Latvian haulier that was employing Filipino drivers at starvation wages. This case of wage dumping provoked unrest among drivers across Europe. Many of them went on to exchange their own experiences online, which gave rise to the Dutch Internet movement ‘Actie in de Transport’. Udo Skoppeck was also active at the time and, together with other groups in Germany, organised Europe’s first demonstration of truck drivers. In addition, he set up a Facebook group in order to network with colleagues and to expose abuses.

Other demonstrations and driver meetings followed, as well as a petition delivered to the European Parliament in Strasbourg in November 2014, and some political appearances: Skoppeck spoke before the SPD parliamentary group in Berlin in late 2015, and with German Bundestag Transport Committee representatives at a conference in early 2016. Discussions were held with the German ver.di trade union as well. Skoppeck remarks: “We are now being taken more seriously.”

He sees competition on the open European market as being the main cause of low wages: “As long as there is such high competitive pressure among companies, there will be low wages and subcontracted labour. Budgets are often calculated too tightly, and this will be at the expense of the drivers.”

With ‘Keep Distance’, the association is also engaged in accident prevention by emphasising the importance of keeping a safe distance from trucks.

Skoppeck’s motivation derives principally from a personal defeat: after 16 years of self-employment, he was forced to give up his own haulage company. “On one of my last transports from London to Brussels, the ferry alone cost 220 euros, with tolls, petrol and wages on top. The contractor paid me 250 euros, so it didn’t even cover my costs. That was the last straw.” With bankruptcy looming, he shut up shop: “I told myself that if I couldn’t do it from the employers’ side, I would have to tackle it from the other side and help drivers gain attention.”

This is to be achieved above all through public actions: for instance, the ‘Allianz im deutschen Transportwesen’ is present at trade fairs and truck driver meetings such as those that take place in Geiselwind and at the Nürburgring. The Dutch “Actie in de Transport” produced similar groups in a total of eleven European countries; now only the German “Allianz im deutschen Transportwesen” is active. Today, four action groups operate under the umbrella of this German association: ‘AidT e. V. klärt auf’ (‘AidT e. V. informs’) aiming to enhance the image of the truck driver’s profession, ‘AidT e. V. hilft’ (‘AidT e. V. helps’) pursues charitable goals, and ‘Fair KEP’ supports the interests of courier, express and parcel service providers.

With “Keep Distance”, the association is also active in accident prevention and reminds truck and car drivers to keep a safe distance from trucks. In addition, the alliance is committed to education and prevention on the subject of “blind spots” and has traffic mirrors hung up at crossroads in communities. “They improve visibility and increase safety,” explains Udo Skoppeck. “A mirror like this also has the psychological effect of drawing the attention of all road users to the danger potential of the respective intersection. And finally, we make the best progress on the road in our everyday lives: if we all think, be mindful and show consideration for each other.” 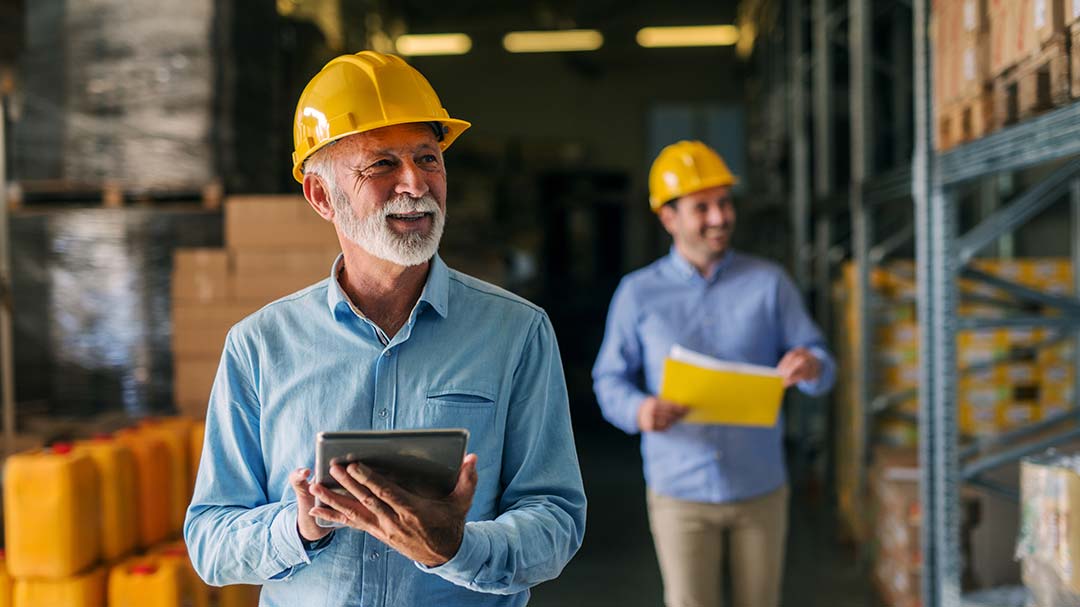 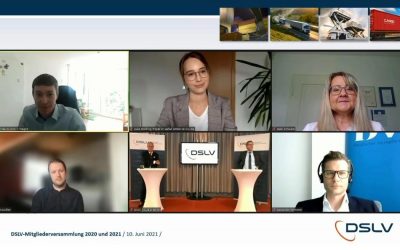